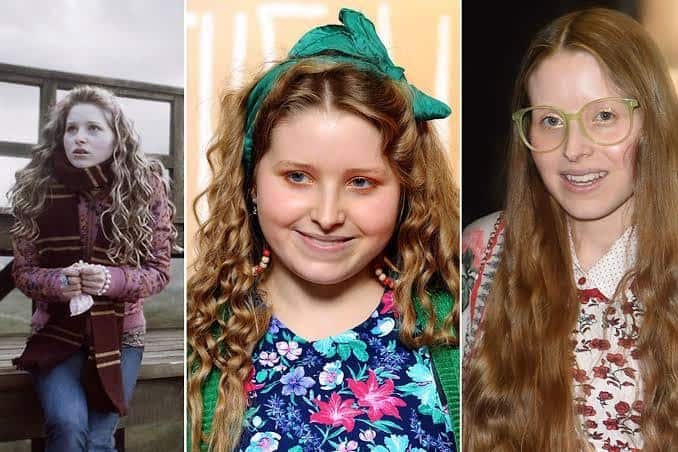 Jessie Cave, who filmed the character Lavender Brown in the Harry Potter franchise revealed that she was not a perfect fit for the industry at the time she scored the role.

In a recent interview with the Guardian magazine published on August 2nd, Cave unveiled her life after Lavender and said that she’s been trolled by the industry in regards to her body weight.

Also Read: Body Neutrality, A Love Letter For Your Body And Soul

Jessie Cave battled with the negative responses about her body weight on the shooting set of the Harry Potter films, and the experience has stabbed her throughout her acting profession.

The 34-year-old, who played the character classmate Lavender Brown in the recent three series, had attained weight in between filming and expressed the responses she got in a recent interview.

“I was not a right fit for the industry at that time,” she revealed to the Guardian that Lavender Brown is conventionally lovely and pretty, no glasses and small. However, by the time she went back to do the final series, she had gained some weight.

Also Read: Why Self-love And Self-care Are Essential To Women?

Cave also said that she was never told to reduce weight, but that a costume designer on the shooting set pulled her stomach. The incident was just horrible for her.

The painful experience put her on a shield for the last decade as she went into new acting careers.

Also Read: Plus Size Models that have completely changed the game!

She is still terrified of going into the costume fitting for any job and she adds that she is prepared to be told something unkind.

The Supermom of three kids, though, has seen advancements in the last five years. She has also received respect and admiration towards her own body.

The Normalization Of The Body

Citing her personal experience, Cave has noted the need for the normalization of the body and the consequences of body shaming.

As she works in the film industry, she may be required to make variations in her body weight whether she gets an acting role.

Also, she adds that she has definitely considered losing weight and when she has lost weight, she tends to get a part. She explained. “I mean, it’s not rocket science. But I eat healthily, I’m a normal-sized woman, and I’m still regarded, probably, as a fat actress.”

Cave, who just published her first novel ‘Sunset’ in June had lately spoken about her experience on the Harry Potter set in July. She said that she gained weight because she wasn’t starving herself and she was growing up and that’s just what happened.

Cave lets out that she was treated as a different species after her weight gain and she felt invisible.