Stop Hostility And Online Abuse Against Women Journalists In India! 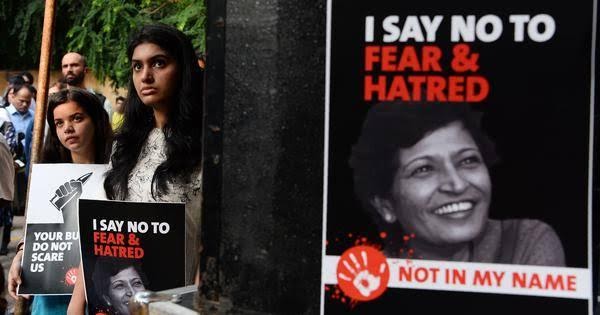 Women journalists globally are encountering physical violence and mental harassment, affecting them both physically and psychologically. In addition, cyber abuse and hate speech increasingly affect their job. How can they defend themselves?

As per the United Nations, violence against women and girls is one of the extensively prevalent human rights offenses in the world. It is calculated that one in three women will undergo sexual or physical unrest in her lifetime.

A survey conducted by the International Women’s Media Foundation revealed that 70% of the surveyed woman journalists have encountered more than one kind of harassment, risk, or assault in the past. It also reported that almost a third of the women are supposed to leave their job because of this.

As per the latest data by the National Crime Records Bureau, violations against women saw a bounce of 7.3% from the year from 2018 to 2019. This data analyzes an average of 87 cases of rape being recorded per day, and there is sufficient fact available to verify that many such attacks, whether sexual or physical, come from men who are known to women or are associated with them. Such offenses are usually referred to as the mindset of the patriarchal behavior of society.

Also Read: Reframing The Definition and Meaning Of Sexual Violence, Time’s Up!

Online violence is something that women across nations, communities, and age groups experience in several ways throughout their lifetime.

India, however, is evaluated to be one of the riskiest countries in the world for women. It will not be an elaboration at all to say that episodes of sexual violence, whether in the aspect of molestation or rape, are recorded every single day.

Women journalists have often been at the receiving end of continual online trolling from people who disagreed with them on their news reports. Many of them receive death warnings and explicit rape threats for just giving their opinions. Nonetheless, these assaults are not just constrained to the digital world. There has been news of female journalists undergoing physical attacks and being sexually harassed while out reporting.

The online abuse of women journalists should be perceived as an assault on the Freedom of Speech and Expression. Law enforcement agencies should be sensitized and enhanced sufficiently to recognize these threats and take action. Moreover, newsrooms across the nation should take the commitment to make female journalists feel comfortable and safe wherever they go on reporting tasks.

What More Can Be Done?

We know that online attacks on women journalists are continually preceded by online warnings made against them. These can incorporate risks of physical or sexual assault and homicide, as well as digital security assaults, planned to expose them to greater risk.

So, when a woman journalist is endangered by online violence, this should be taken very seriously. Every woman journalist should be delivered with both physical safety support comprising improved safety when essential, psychological assistance containing access to counseling aids, and digital protection triage and training encompassing cybersecurity and privacy regulations. However, they should also be suitably assisted by their editorial managers, who are required to alert their staff that these problems are severe and must be dealt with care.