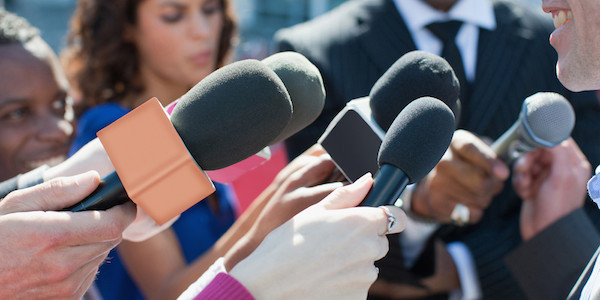 Twitter, the networking site that sprung into existence as a microblogging service initially is presently one of the most used social media applications. It wouldn’t be an overstatement to say that the application has become a virtual political battleground across the globe. If you are an avid Twitter user, then you are aware of the trends that dominate the discussions most of the time.

However, it is to be annotated that vociferous women (if they defy the societal standards and speak their mind) are generally maligned, abused, threatened, and trolled. Not to mention, women journalists face the worst kind of harassment and abuse on the platform. Yet, they rise above these harsh day to day realities again and again and allow themselves to be heard.

The Femsay team has curated a list of 5 courageous and outspoken Indian women journalists who are quite Twitter-savvy. Let’s get right into it.

Rana Ayyub is an investigative journalist who is currently working as a Global Opinions writer at the Washington Post. She is one of the journalists who are targeted on the platform because of their religious identity and the fact that she is a woman makes the trolling even worse. However, kudos to her spirit, she never backs down. She has been awarded the 2020 McGill Medal for journalistic courage for reporting on the religious violence and extrajudicial killings in India.

Her book titled “Gujarat Files: Anatomy of a Cover-Up” is an international bestseller.

If you were following the news during the outbreak of Coronavirus in India and the grueling stories that came out from distinct parts of the country, you very well know Barkha Dutt. She is one of the very few journalists who have been single-handedly appreciated and credited for bringing these stories from ground zero.

Dutt was early associated with NDTV as a television journalist and has now started her YouTube news channel MoJo. Her Twitter followers, at present, exceed 7 million.

Faye D Souza is a television news anchor who was earlier associated with the news channel Mirror Now as its executive editor. On the channel, her show The Urban Debate was quite popular and a go-to place for actual news and discussions amidst the blabbering high-decibel news debates and television shows. Recently, she has started her YouTube channel called Faye D’Souza. She hosts discussions on trending topics and also focuses on women and caste-related issues.

Rituparna Chatterjee is a feminist who writes on gender politics and disparity, media, social welfare. She has worked as a Deputy Editor at HuffPost India and is now the Deputy Asia Editor at The Independent. Chatterjee is vociferous, opinionated, and often calls out the perpetrators when it comes to gender issues, patriarchal mindset, and abuse of women. She curates a Twitter handle, @IndiaMeToo that spreads awareness, amplifies the voice of women, and sensitizes people on gender-related issues.

Arfa Khanum Sherwani is a recipient of several awards including the Red Ink Award, the Sahitya Samman Award from the Hindi Academy, and the Chameli Devi Jain Award for Outstanding Women Mediapersons. She is currently working with the digital publication named, The Wire and covers exclusive stories, conducts interviews, and explains significant stories on the show.

Don’t forget to follow these amazing women on the platform.