Meet The Iron Lady Of Pakistan, Muniba Mazari, An Inspiring And Magnetic Personality 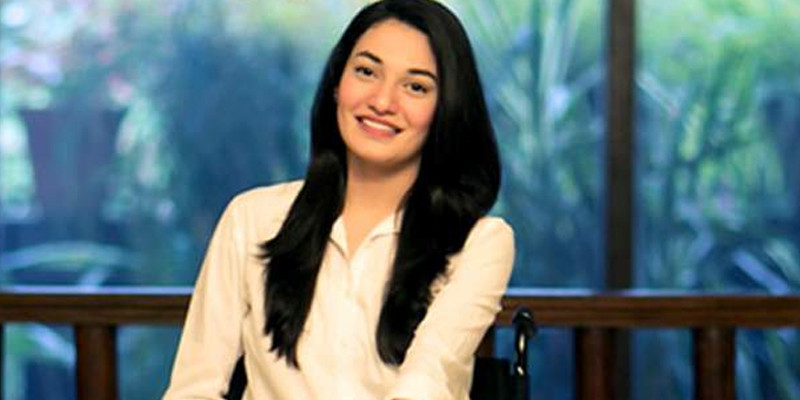 We often come across some extraordinarily inspiring and battle-tested personalities who change our worldview and leave an ever-lasting impact on us. Their words have a healing power that energizes our whole self. One such personality is Pakistan-born Muniba Mazari, who is lovingly referred to as the ‘Iron Lady of Pakistan’.

Muniba is an artist, activist, television host, model, as well as a motivational speaker. She has been shortlisted in the ‘100 Inspirational Women’ 2015 list by BBC and featured in Forbes’ “30 under 30” in 2016.

What Changed Her Life?

Muniba was married at the age of 18. Two years into her marriage, in 2007, she met with a tragic accident. Her husband who was sitting on the steering wheel fell asleep and the car fell into a ditch. While her husband didn’t suffer enough injuries, the accident made Muniba paralyzed from the hip down for her entire life. She battled serious injuries and was bedridden for 2 years, only to hop onto a wheelchair for the rest of her life.

Later, doctors informed her that she would be able to follow her passion for paintings and her arms and shoulders suffered grave injuries. If this wasn’t earth-shattering, she came across many more “bad news”. She was informed that she wouldn’t be able to walk and give birth. In fact, her husband too divorced her. At this moment, you might think of Muniba from a victim mentality and sympathetic outlook. Well, don’t, because she doesn’t. She believes that everything happens for a reason.

The Woman who ‘Aspire To Inspire’

We often say that we have problems in our lives and some of us even blow things out of proportion, just to make them look heavy. Compared to what others might be subjected to go through in their lives, take the case of Muniba, do you have the so-called problems that you claim to have? You know the answer. As Muniba herself says, “your problems aren’t too big, you are too small”.

Muniba is also a strong believer of the fact that words have very strong healing power and proving this true, she continues to inspire people across the globe. The United Nations Entity for Empowerment of Women and Gender Equality esteemed her as Pakistan’s first female Goodwill Ambassador. At present, she works as an anchor at Pakistan Television Corporation (PTV). She also runs her brand by the name ‘Muniba’s Canvas’ whose slogan reads ‘Let Your Walls Wear Colors’.