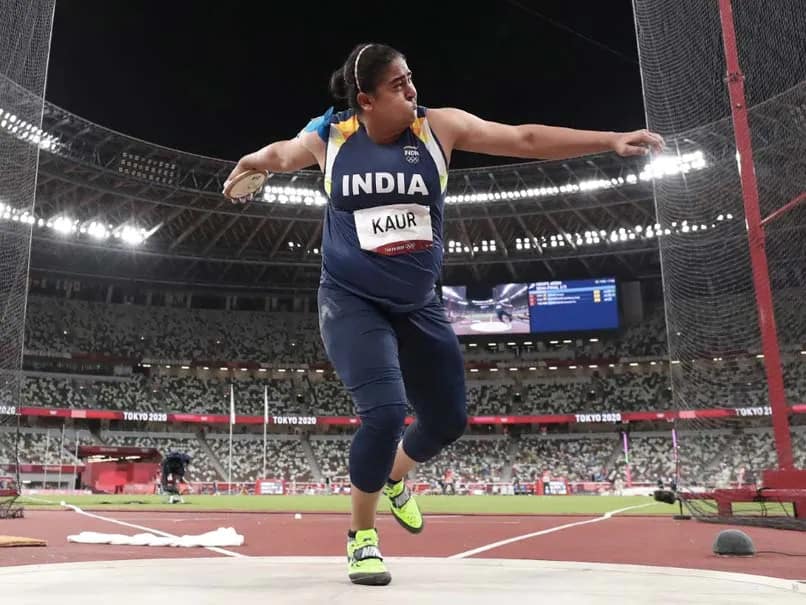 The 25-year-old Kaur, who qualified for the Olympic final as the second-best, was never in the running for a medal in the last event which was paused by a heavy shower for more than an hour.

She had a third-round throw of 63.70 m. It was the same as Commonwealth Games 2010 Gold medallist Krishna Poonia’s achievement in the London Olympics 2012.

Throughout the game, Kaur looked nervous and lacked confidence without her private coach and lack of international exposure.

However, she had participated in the World University Games in 2017 and that was her only International competition.

Kamalpreet Kaur’s Growth To A Professional

Kaur hails from Badal village in Punjab. She grew up enthusiastic in everything non-academic. Her trainer was impressed with her physical stamina and recommended that she take up athletics. Shortly, she finished in the top five at the Punjab state competitive meet.

“I was really bad at studies. There was a state meet and my coach took me there,” Kaur reportedly told in an interview.

Kamalpreet Kaur put as much hard work in the path to fame. As a result, shortly she grabbed titles of the U-18 and U-20 national championships in 2016.

She finished fifth at the Asian athletics championships in Doha in 2019.

Kaur had lifted the hope of Indians after winning the second position in the qualification round with a best throw of 64m.

However, America’s Valarie Allman won the Gold medal with a first-round throw of 68.98 m while Kristin Pudenz (66.86m) from Germany and reigning World Champion Jaime Perez (65.72m) from Cuba beat the silver and bronze medal respectively.

Sandra Perkovic of Croatia, a two-time defending winner, was fourth with a best throw of 65.01 m.

The Depression Times Of Kamalpreet

The unexpected Covid-19 pandemic and lockdown had wreaked devastation on her mental health. Towards the end of last year, Kaur was frustrated as she stayed idle without games due to the pandemic.

Yet, Kamalpreet Kaur had begun playing cricket to deal with the psychological cost of the pandemic.

“There is an SAI (Sports Authority in India) center at Badal near her village and we have been training there since 2014 till last year. Due to Covid-19, everything was shut down and she was feeling depressed last year. She wanted to compete, especially in the Olympics,” Kaur’s private coach Rakhi Tyagi told the media.

“She was feeling restless and it’s true she started playing cricket but that was not for any tournament nor for becoming a professional cricketer. She was just playing cricket at her village playgrounds,” she added.

India’s cricket legend Sachin Tendulkar appreciated Kamalpreet Kaur for her achievement in the final of the tournament at the Tokyo Olympics.

We, at Femsay, congratulate Kamalpreet Kaur for her inspiring performance.