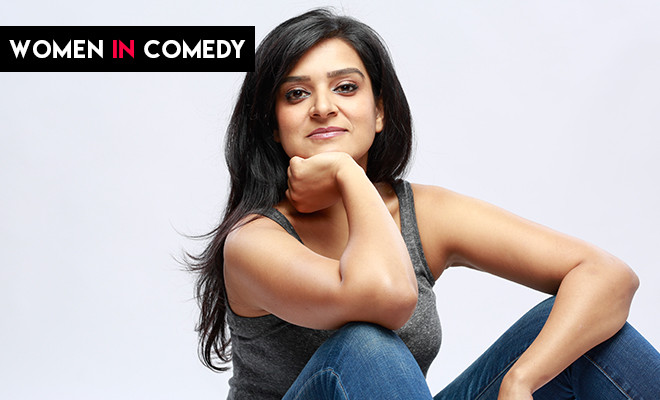 In contemporary, comedy is one of the fields that is largely in the battleground of controversies, which includes harassment and gagging of comedians as well. On top of this fact, there are fewer female comedians compared to their male counterparts. What happens when female comedians are drowned in controversies and why women aren’t supported enough to follow their passion for comedy counts for a thesis in itself.

Yet, here is the list of some super cool female comedians whose feminist gigs are drolling. What better than something that is amusing and making you empowered at the same time?

The first on our list is the hilarious and side-splitting Aditi Mittal. Aditi seems to have nailed the best comedy style where she picks up one aspect of our patriarchal society and shatters it, bit by bit. She has named her show aptly, Things They Wouldn’t Let Me Say.

Watch this set where she outlines the notion that is embedded deep in the society that in general, women lack a sense of humor. Well, wait for this woman to tell you, in a tone full of humor, if she lacks one or not.

Kaneez Surka is one of the most well-known female comedians in India. More specifically, Surka is an improv artist and was also a judge for the Amazon Prime stand-up comedy reality show Comicstaan.

Often, women are conditioned in such a way that they believe they only become a “valid” woman of society when they get married, serve their husbands, and help them succeed in their life. Tune in to this video where Kaneez talks about why she said bye-bye to this outdated idea in her personal life as well.

Aishwarya Mohanraj is a comedian who, in one of her sets, rightly pointed out the thoughts that wander in the minds of parents when they think of comedy as a career for their children. The profession isn’t dignified enough or it’s not secure like a job could be are some factions of that mindset. And well, Aishwarya has proved that wrong by nailing it. Besides, in her comedy, she also explored the bits on female sexuality. Check this one here.

In her show, Almost Sanskaari, Neeti Palta has taken a dig on almost all the things, be it her life, her parents, the concept of marriage, or having kids right the marriage. She was also one of the judges in Amazon Prime’s Comicstaan. Do watch her set on Metoo that she performed there.

For the time being, dive in straight into this hilarious video that will leave you in splits.

Last but not the least, one female comedian who deserves to be on this list is Agrima Joshua. Recently, a video clip from one of her sets went viral, and a huge controversy was staged on social media and elsewhere. It was so ghastly that some men even recorded their videos boldly blabbering death threats, sexual abuse, and rape threats to her. However, Joshua stood up to them and kept on voicing her opinions. That, my friends, is feminism. Kudos to Agrima!

Tell us in the comment section, which female comedian you love the most and must be on our list.