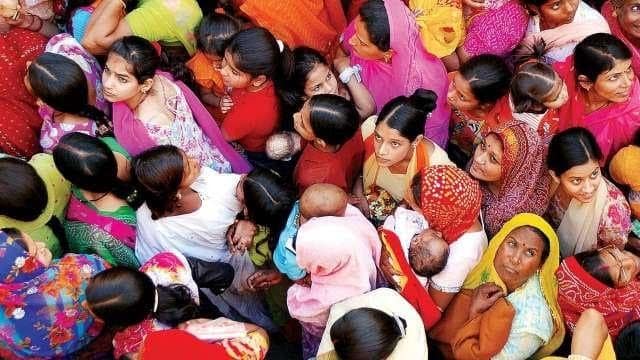 Uttar Pradesh, the most populated state in India with over 200 million people, unveiled a new draft Population Bill on July 11. According to the draft bill, those with more than two children will be banned from applying for government jobs, aspiring promotions in them, or benefiting from government subsidies.

However, experts, researchers, and prior data indicate that the new policy to control the population may not have the desired impact. Rather, it could govern to a host of unintentional outcomes comprising a surge in female foeticide, risky abortions leading to the woman’s death or inadequate health, or women having lower control over their own bodies.

As per the new draft bill, people having more than two children in Uttar Pradesh will be barred from privileges of all government-sponsored welfare policies, they cannot take part in local polls as people’s representatives, shall be prohibited from applying to government jobs under the state or receiving any benefits of govt subsidy, cannot get a promotion in a government job and also, the family’s ration card would be restricted to four members.

However, for those who are not in government employment but follow the two-child policy, the bill recommends giving them rebates on water and electricity bills, house tax, and home loans. Moreover, the bill also encourages vasectomy and sterilization.

Female foeticide refers to the abortion of a female fetus outside of legitimate channels. However sadly, India has one of the elevated rates of female foeticide in the world.

The Indian government has enacted the pre-conception and pre-natal diagnostic techniques act (PCPNDT) in 1994 to prohibit and penalize prenatal sex screening and female foeticide. Despite that, fetal sex revealing and sex-selective abortion by unethical medical professionals has today accumulated into a Rs 1,000 crore industry of approximately 244 million US$.

Also Read: Looking At The Patriarchal Society Closely And How It Depreciates Women

Why Are The Bill Anti-women?

In India, patriarchy regulates the number of children a woman will conceive. The new draft bill highly promotes population control methods. Thus, these coercive population control measures will steer to a rise in the possibilities of sex-selective abortions and finally, a pitched sex ratio.

When comparing China’s one-child-per-couple policy and the following two-child policy, it directed to a rise in crimes such as abandonment of girl kids, declining sex ratios, and involuntary sterilizations afflicting the society.

Also Read: Why Do Women Need To Stand Up As A Community To Shatter Patriarchy?

A major disappointment in the new draft bill is the no mention of any exclusion of rape survivors. The only exceptions cited are issues of adoption, multiple births, and the demise or disability of a kid. There is no mention of the status of those women who give birth as a result of a rape-related incubation. However, in a state where at least 11 rape cases are recorded every day, it comes off as barely ignorant to not factor in the conditions of rape survivors.

Also Read: Abortion in India: The Society, The Law, and The Struggle

Various women’s organizations, health networks, academics declared that the Uttar Pradesh government’s new proposed law on population control is ‘unconstitutional’ as it infringes the constitutional right to equivalence and women’s reproductive rights and should be immediately withdrawn.

Also, the bill will result in people not recording their marriages because of the disincentives muted by the government, which could result in rejection of maintenance and support as well as property rights.