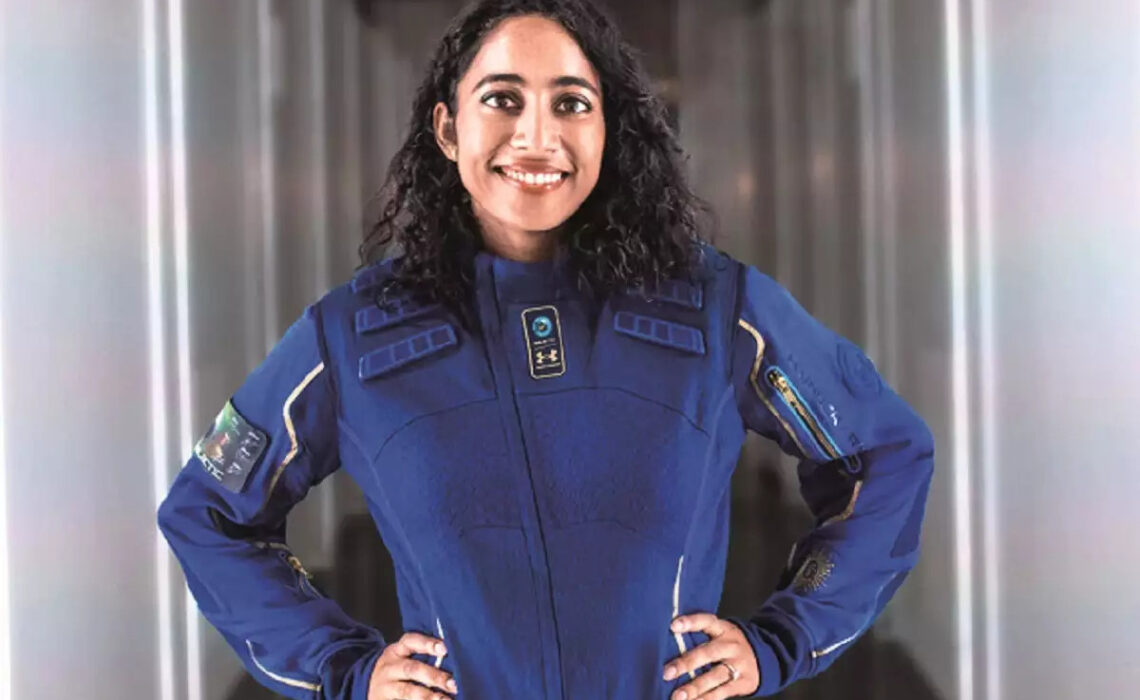 Sirisha Bandla, the 34-year-old Indian-American aeronautical engineer and astronaut achieved her goal and became the third Indian-origin woman to lead to Space. She flew as part of Virgin Galactic’s first entirely crewed aviation test on July 11.

With this, she becomes the third Indian-born woman after Kalpana Chawla and Sunitha Williams to fly into outer space. Also, six space travelers including Sir Richard Branson, the company’s billionaire founder, and five others joined in the journey on board.

Sirisha was born in Andhra Pradesh. However, she grew up in a well-to-do family in Houston, Texas. Since Sirisha lived near NASA’s Johnson Space Center, she always wished to become an astronaut. So, to fulfill her ambition, she graduated in Aeronautical Engineering at Purdue University. Moreover, she holds a Master of Business Administration degree from Georgetown University.

However, sadly due to poor eyesight, she could not address the requirements to become a pilot or an astronaut, and was disappointed with her high-school plan to go the Air Force-to-NASA route, she said in an interview.

Later, she started working at Virgin Galactic in 2015 and served as the Vice President of government affairs and Research Operations at the company in January 2021. She also served as an Aerospace Engineer in Texas, after which she had worked in space policy at the Commercial Spaceflight Federation (CSF).

Also Read: How Many Moon Craters Are Named After Women? We Promise You Would Be Shocked!

Sirisha Bandla was the number 004 astronaut and her aviation role was of Researcher Experience, as per her profile on Virgin Galactic.

“I’ve had fond memories of my time at Purdue,” the Indian-American astronaut said in 2021, “being part of a group of passionate individuals… Purdue built a strong foundation of technical and programmatic principles we all carried into our successful careers.”

“I am kind of still up there but I’m so glad to be here. I was trying to think about a better word than incredible but that is the only word that can come to my mind… Seeing the view of Earth is so life-changing but also boosts the rocket motor kicking in. The whole trip to space and back is just amazing”, Bandla said in a statement.

Bandla also explained the moment as expressive and said, “I have been dreaming of going to space since I was young and literally it is a dream come true,” she told.

Meanwhile, back home in India, Bandla’s grandfather was overwhelmed with joy to see his granddaughter go beyond earth. “I am overwhelmed with joy and happiness that my second granddaughter is going to space. She has been very courageous right from the beginning and is a very strong decision-maker. She completed her schooling in the US. She has always had a fascination for the sky,” Dr. Ragaiah, Bandla’s paternal grandfather, told in an interview with the news agency ANI.

The mission “Unity 22” will be the twenty-second aviation trial for VSS Unity and the corporation’s fourth crewed space flight. Also, it will be the initial one to hold an entire crew of two pilots and four mission experts in the cabin, incorporating the company’s founder, Sir Branson, who will be exploring the private astronaut experience.