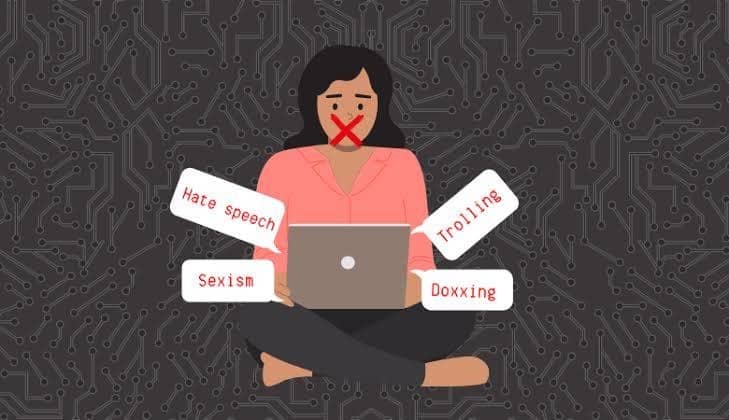 Social media has had a transformative effect on how people live, connect, and work. It gives women and other marginalized communities political, economic, and social empowerment, even as they fight lack of access, language obstacles, and security concerns. Still, it can be a double-edged sword.

Why Social Media Matters For Women?

Social media have not only democratized information but have also assisted as a significant platform to connect the public in social and political matters. It allows for the representation of ideas and sharing of news among content providers, and users.

Amnesty International conducted an online poll across eight countries in the world disclosed that 23 percent of women had encountered some aspect of misuse or harassment in social media platforms, varying from 16 percent in Italy to 33 percent in the US.

Also Read: Women’s Access and Usage Of Mobile Phones In India Is Staggering

Growing Instances Of The Hate Speech On Internet

There is also a growing sensation of women dropping out of social media platforms altogether due to insult and harassment. Nonetheless, harassment runs throughout social media and starts growing.

As per the study conducted by Amnesty International India discovered that through the 2019 elections, 95 female diplomats received approximately 1 million hateful comments on Twitter between March and May 2019.

Indian women politicians also encountered substantially increased abuse than their UK and US counterparts. Shazia Ilmi, a member of the Bharatiya Janata Party, said “Twitter is my workplace – but if my workplace is a battlefield, all the time, would I be able to contribute to the cause that I represent, easily and with fairness, if I am being constantly attacked for being a woman?” Moreover, women diplomats of marginalized castes received 59 percent more caste-based insults than women from other castes.

If Twitter is the medium accused of harmful trolling, Facebook has arisen as a hunting floor for fake profiles and sexually morphed photos. It is relatively simple to make these profiles and through the years, there have been many cases where vulgar or disgusting photos of a victim have been uploaded to fake Facebook profiles, resulting in the victim’s severe mental distress.

An international poll conducted by Plan International disclosed that 60 percent of girls and women have suffered harassment on social media platforms and one-fifth of them have either ceased or lessened their social media use. Such gender-based cyber chaos occurs on most popular social outlets such as Facebook (39 % of girls/women interviewed were harassed), Instagram (23%), WhatsApp (14%), Snapchat (10%), Twitter (9%), and TikTok (6%).

Towards A Safer Digital Space

A zero-tolerance policy and strict monitoring should be adopted for hate speech and abuse against women must be adopted by states and social media companies.