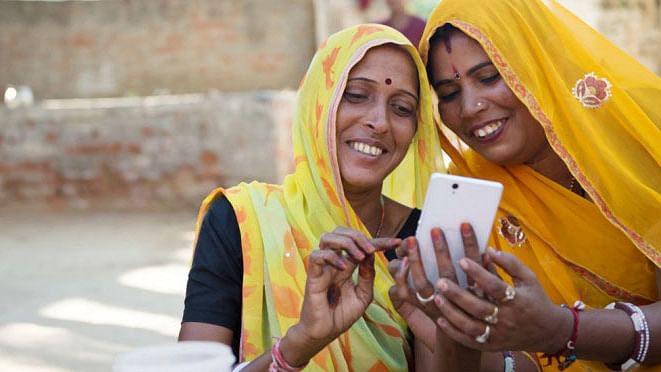 Once considered a luxury, mobile phones, these days, have become one of the most basic necessities of mankind. In the 21st century, when businesses, entertainment, socialization, and generally all the daily routines are carried forward with the mobile handset, it’s difficult to even imagine an individual without a mobile phone. Even so, women lag in the usage, access, and ownership of mobile phones. It must be annotated that this trend is not only prevalent in India but many countries of Southern Asia. This fact highlights how women’s access to even basic necessities is blown out of proportion, constraining and subjecting them to live a life in a small cubical.

During the time of Liberalisation, Globalisation, and Privatisation in 1991, the teledensity (which means the number of mobile connections for every hundred individuals in an area) stood at just 1% of the population. However, India leapfrogged from that number, and according to the TRAI (Telecom Regulatory Authority of India) 2019, the phone density stood at 90%. Obviously, there is a gap between the usage of mobile phones in rural or urban settings and between genders, however, the booming numbers indicate that there has been a rise in mobile phone users.

According to the GSMA 2019 (Global System for Mobile Associations) report, in India, the gender gap in mobile phone ownership was at 26%. In addition, the gender gap in the usage of mobile internet was even higher, resting at 56% in its 2017 report. These numbers are mind-boggling given the amount and intensity of operations that take place via mobile phones.

Women’s constraint access to mobile handsets is not just a matter of coincidence. It’s a well-designed patriarchal thought set in the context of honor, shame, and bad behavior. It’s believed that women either don’t need a mobile phone in the first place and even if they use one, it is associated with women involving themselves in harmful activities, socializing with people they are not expected to, expanding their social circles, and compromising their safety by exposing themselves in the online world of cyber abuse, cybercrimes, and harassment. This could be one of the reasons why women are more likely to use and be a part of close-knit circles such as WhatsApp compared to social media networks like Instagram, Facebook, LinkedIn, etc.

Apart from these socio-cultural barriers, physical barriers also restrict women’s freedom and agency to take charge of their lives. With limited access to financials, it is often difficult for women to bear the cost of a mobile phone. Besides, due to limited access and exposure, women generally lack the ability to operate mobile handsets and use advanced features in the same.

What’s the road ahead?

Women are one of the most disadvantaged sections in society and this is just one reflection of the same. What we need to do is scratch out patriarchal notions and let women have their freedom and agency intact. If women need a mobile phone or don’t need a mobile phone, it’s they who have the right to take a call on that.

We need to shatter the conservative mindset that has been penetrating deep into the roots of society. Even when luxuries are becoming necessities and we are advancing in every way, why not advance the way we think and perceive the world.