Looking At The Patriarchal Society Closely And How It Depreciates Women 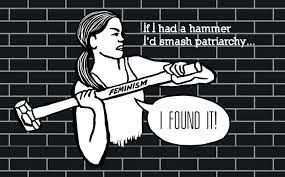 Patriarchy is a recognized term. It holds a universal resonance when used in formal/informal discussions or an illustrative sense. In the Indian context, the content of study and debates was not just capitalism and its connection to patriarchy. Somewhat, patriarchy came to be debated in terms of the aspects of production and reproduction, particularly to Indian validities.

The Status Of Women In India

India is one of the major countries where the female population rate is less than the ratio of the male population. As per UNICEF India’s analysis on the Child Sex Ratio, the number of female children is declining steadily.

Data from 1991 shows that in the same year, the Child Sex Ratio was 947 girls for 1,000 boys. Since 1991, 80% of all districts in India have reported a decrease in sex ratio, with the state of Punjab being the poorest. States like Maharashtra, Gujarat, Punjab, Himachal Pradesh, and Haryana have reported an additional 50 point reduction in the Child Sex Ratio at the same time. However, Kerala is the only state in India where the all-around sex ratio is continually optimistic to women.

The Exploitation Of Women

Women, not just in the Indian community but around the world have been sufferers of embarrassment, distress, and exploitation. There are numerous incidents of rape, massacre, dowry, burning, wife-beating, and intolerance that we come across. Men dominate the society, hence women are a victim of male predominance in the respective realm of life; particularly in financial, over decision making on resources, on the utilization of her income, and even her body. Thus, a woman’s life lies between pleasure at one edge and threat at another edge.

The Vulnerabilities Of Women

The circumstances of women are more desperate in rural villages in India about several socio-economic elements.

On the planet, women take two-thirds of the responsibility of the world’s job, however, they receive just a tenth of the world’s revenue. The situation of women in India is furthermore desperate in every area of social life. They are awarded half of the money their male companions receive for the same work. Since India is dominantly an agrarian society, women do more than half of the whole agricultural job. Yet their jobs aren’t esteemed. Typically, a woman who labors 15 to 16 hours a day is unpaid at the household and underpaid in the outside world.

In India, sadly, the literacy rate of women is considerably lower than men because boys get further education than girls. We are one of the 43 countries in the world where the male literacy rate is approximately 15% more than female literacy rates. Academic denial is discreetly correlated with deprivation.

While a National Commission for Women (NCW) was set up to act as a caretaker on societal issues faced by women in 1992 and numerous policies in the sectors of education, health, and livelihood have been launched, still, there are several miles to go to accomplish the goal of gender parity.