7 Famous Indian Sports Women You Must Look Up To 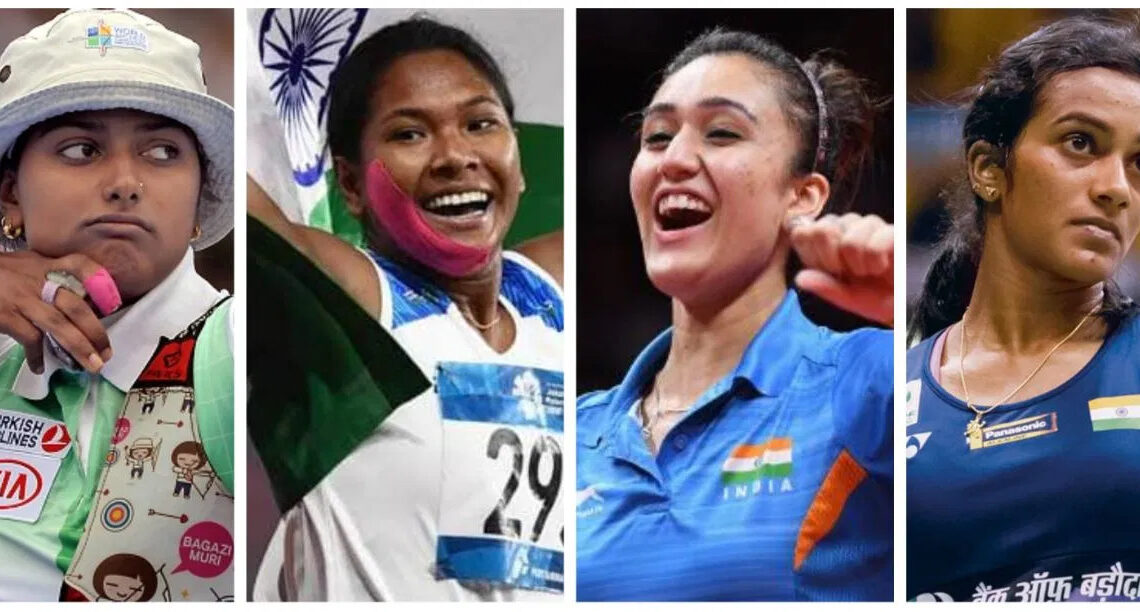 “Are women as good as men at sports?”

The BBC recently researched the attitudes towards women in sports, across 14 states with 10,181 respondents and found that a majority of them speak in favor of female athletes. Nonetheless, the survey record revealed that 42% of participants felt that women’s athletics were not as “entertaining” as men’s.

Well, things are not very easy for female athletes in India. Let’s have a look into the life of few inspiring, extraordinary talented female sportspersons who survived various miserable obstacles and finally made our country proud.

Pusarla Venkata Sindhu, the Queen of Indian Badminton, as referred to by the Indian media was born and brought up in Hyderabad. She has a great history in Indian athletics, even her parents are national Volleyball players and she has inherited her athlete genes from her parents. In 2009, PV Sindhu made her international debut and in the 2016 Olympics, she won a Silver medal.

Most importantly, she is the first Indian player to have won a Silver medal in the Olympics, and amazingly, she is the second international performer to have achieved more than five medals at World Championships. P.V.Sindhu was included in the list of Forbes Highest-Paid Female Athletes and India honored her with the nation’s “Padma Shri”, “Rajiv Gandhi Khel Ratna” and “Padma Bhushan” awards.

Sania Mirza is one of the most inspiring female sports players in India. Taking her as an inspiration, many girls in the country followed her way and turned to sports. Sania has won Six Grand Slams and was also ranked as a Doubles World No. 1 Tennis player. Her father, Imran Mirza was her coach and encouraged her passion and love for sports, especially Tennis.

Hima Das is a famous Indian Sprinter and is also called the “Dhing Express”. She belongs to Dhing, a small town in Assam. She has a record of being the first Indian athlete to win a gold medal in the IAAF World U20 Championships. Hima das won 5 gold medals in just 20 days in the year 2019.

Saina Nehwal is one of the great influential Badminton players in India. She had achieved a unique accomplishment of achieving at least one medal in BWF championships and Olympics. She also became the first Indian female athlete to earn a record after the legendary player Prakash Padukone and her coach Pulle Gopichand.

Mary Kom is one of India’s prime sportswomen and also a star in her journey. By adopting trained boxing, Mary Kom is convinced that “small can be mighty”. She is the sole player in the world to achieve eight World Championship medals. Mary Kom earned a total of 13 Gold medals, 2 Silver, and 3 Bronze medals in her profession.

We all know that Heena generated an impression by being the first Indian pistol shooter to have received the first rankings by International Shooting Sport Federation. She got motivated by her father, a talented athletics shooter who facilitated her to take up shooting as a career.

Dipa Karmakar is the first Indian female gymnast to have achieved a Bronze medal at the 2014 Commonwealth Games. That victory has proved to be life-shifting for her. Moreover, Dipa is the first Indian sportswoman to have undertaken the most difficult vault in Gymnastics, Produnova, and received a spot among 5 players who were triumphant in doing it.