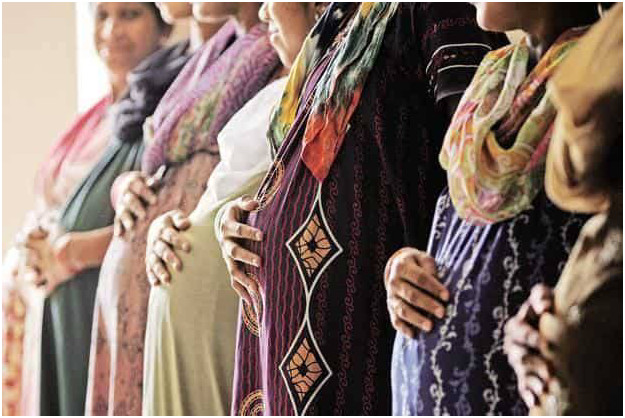 Being a woman is the greatest blessing we all possess. Womanhood is largely celebrated in India. However, sadly women or people with uteri in India have always been a site of insisting control, policing, inflicting restrictions in the name of ‘population control’, ‘family planning’, or ‘women empowerment.

A case study on Reproductive Freedom in India

Simran (an imaginary name), a 25-year-old married woman belonging to Uttarakhand, went through C-section childbirth two years ago in a government hospital. When she was discharged, she learnt that an Intrauterine Contraceptive Device (IUCD) had been injected into her uterus without her prior permission. When she complained, the nurse offended her and told her that it was done for her own ‘benefit’ and that the IUCD would save Simran from another pregnancy. This was done to Simran on the belief that her husband was not reliable enough to try any contraception. For more than a year, she had to suffer painful periods twice a month and severe health issues related to it.

Not only Simran, many poor women in our country undergo these severe humiliations.  Women belonging to weaker sections like lower caste and economically backward communities are always the target and victim of this.

In 1952, family planning was founded in India and it has been about controlling the bodies of people with uteri. They have often been obliged to use contraceptive tools that they might not have accepted to use.

The data from National Family Health Survey-4 data discloses that out of 47.8% of the total modern contraception methods that are in current use in our country, 41.6 % are subjected to the bodies of a particular gender or people with uteri. Due to social, economic and cultural ideas correlated with machismo and masculinity, women have had to historically bear the emotional, physical and mental burden in many severe ways.

Reproductive rights have been comprehended as a sacred facet of human rights. It encompasses physical independence, sexual fitness, access to motherly healthcare, liberation from sexual violence and distress, access to contraception and birth control, and access to safe and uninfected abortion assistance.

Reproductive rights are particularly significant in contexts, where highly restrictive social myths affix a decency restriction to women’s agency and stave off them from exerting their biological independence. However, there have been fairly few efforts in our nation, India to deal with problems from the angle of reproductive rights as human rights.

Population Foundation of India was founded in 1970 by  socially enthusiastic industrialists  late JRD Tata and Dr. Bharat Ram. Population Foundation of India is a nationwide, non-governmental foundation, aids and promotes gender-sensitive and people-friendly population, health and improvement programs and strategies. The organization functions with governments, both at the national and state levels and with NGOs.

It is important to create awareness and attention on reproductive freedom to intensify and compete for some of the tremendous challenges faced by women in India. Such a strategy in the public health policy will approve the conscious choice, address target-oriented planning and theories and meet the reproductive needs of women of all communities and prioritize the provision of family planning and reproductive health services, thus ensuring reproductive justice.