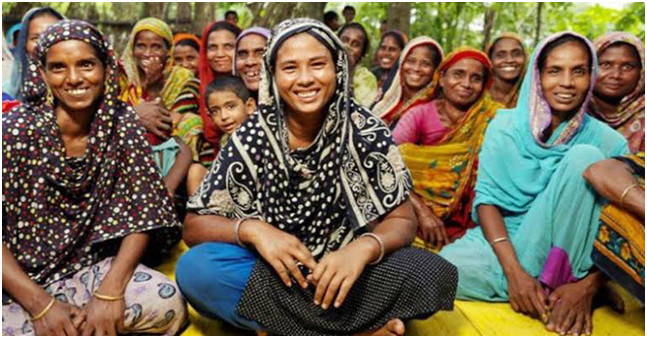 “The woman who follows the crowd will usually go no further than the crowd. The woman who walks alone is likely to find herself in places no one has ever been before.”

Despite the revelation about the necessity for women to be in the workforce, women are the largest untapped reservoir of talent in the world. In India, the conditions are particularly dismal with India ranking 127 amongst 152 countries according to the United Nations Development Programme’s Gender Inequality Index (GII). GII takes into account health, empowerment, and economic status of women.

The United Nations Development Program – UNDP has launched a campaign named ‘Sahi Disha’ to celebrate women’s livelihoods and entrepreneurship in the rural part of India.

According to a declaration by UNDP, the launched campaign highlights problems and the obstacles that affect the opportunities of women living in rural India to access livelihoods and jobs. The campaign also discusses the problems in organizing enterprises that will help women in becoming more self-reliant.

The Sahi Disha initiative is a five years collaboration between the IKEA Foundation and the United Nations Development Program. It enabled around 1 million women through counseling and skilling services for accessing livelihood and job opportunities in rural India.

According to UNDP, the Disha initiative, apart from providing job opportunities to women also provided the psycho-social support to empower and mentor women in starting their own businesses and enterprises. By encouraging women to be self-reliant, the initiative challenged the gender stereotypes that women face in the community as well as in their own homes.

The program is the UN’s global development network. UNDP promotes investment and technical cooperation among the nations.

It also advocates for changes and connects nations across the world to share knowledge, experience, and resources in order to help people in building a better life for themselves. The organization is funded entirely by the voluntary contributions from the member states of the United Nations and it operated in 177 countries worldwide.

The initiative is trying to restructure people’s livelihood decision process and give it the right guidance. Its mission is to train people with all the necessary hybrid skills and methods that take them to their professional zenith. The campaign speculates that every person is different and has an armory of talents, skills, and potential which must be unleashed and nurtured to achieve desired goals in life. There are campaign-engineered workshops that are developed for job seekers, aspiring entrepreneurs. The initiative also provides psycho-social support to mentor and empower women in starting their enterprises and in challenging gender stereotypes at home and in the community.

“The seasoned woman knows who she is. She could be any one of us, as long as she is committed to living fully and passionately in the second half of her life, despite failures and false starts.”