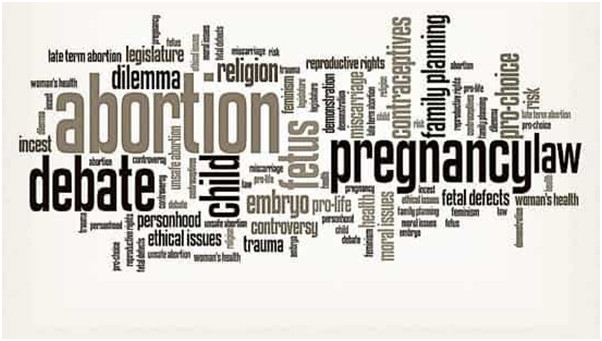 “I felt very sad when the doctor refused to perform an abortion. After that, I ate the tablets, but nothing happened. Now I am worried that if the baby will be born with a disability, who will take responsibility for it?”

An anxious pregnant woman disclosed during a study conducted by the non-profit organization ASAP in partnership with the ministry of health care department. When women are restricted safe abortions, they try some alternative ways to endeavor abortions under any situation. This harms both the mother and infant.

According to Harsh Vardhan, Union health minister, “The bill was drafted after extensive expert consultation involving all stakeholders such as gynecologist association, related NGOs, Indian Medical Association, etc. A Group of ministers chaired by Nitin Gadkari, and the ethics committee was also consulted, and only after elaborate discussion the bill took shape. The bill was also discussed in great detail in Lok Sabha before being passed unanimously.”

Medical Termination of Pregnancy Amendment Bill expands the upper incubation limit from 20 to 24 weeks for special categories of women that will be defined in the amendments to the MTP Rules and the list would include survivors of rape, victims of incest, and other women who may be differently-abled women, minors, etc.

According to the latest amendment bill, 2021, the upper pregnancy limit doesn’t apply in cases of significant fetal abnormalities diagnosed by the Medical Board. The configuration, functions, and other details of the Medical Board to be prescribed subsequently in Rules under the Act.

The notable feature of this bill is that the name and other details of a woman whose gestation has been terminated shall not be revealed except to a person authorized in any law for the time being in force.

The Medical Termination of Pregnancy Amendment Bill, 2021 is for improving the right of women to safe and legal abortion services on therapeutic, eugenic, humanitarian, or social grounds. The amendments include a substitution of certain sub-sections, insertion of certain new clauses under some sections in the existing Medical Termination of Pregnancy Act, 1971, to increase the upper gestation limit for termination of pregnancy under certain circumstances and to strengthen access to comprehensive abortion care, under strict conditions, without compromising service and quality of safe abortion.

It is a phase towards the safety and well-being of women. Recently, several petitions were received by the Judiciaries seeking legal assistance for aborting pregnancies at a gestational age beyond the present permissible limit on grounds of fetal abnormalities or pregnancies due to sexual violence faced by women. The amendments will support the intentions of women to safe abortion services and will ensure satisfaction, freedom, secrecy, and justice for women who need to terminate the unwanted pregnancy.