Girls Should Opt For Stem Subjects, But Here’s Why They Aren’t Able To 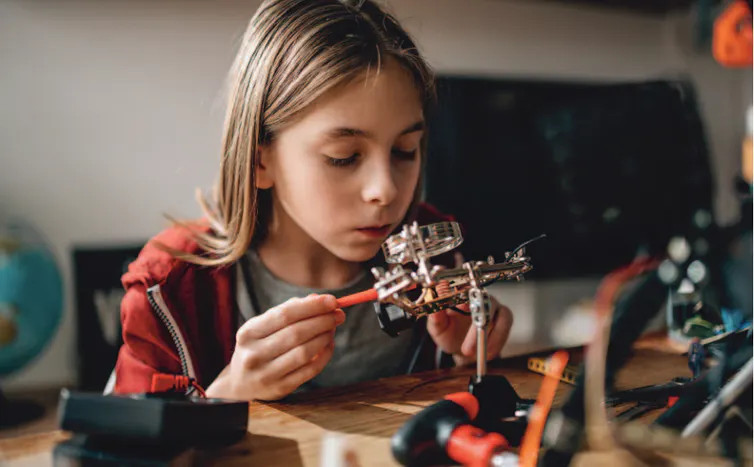 Even today, subjects like Science, Technology, Engineering, and Mathematics (STEM subjects) are more synonymous with boys than girls. That is a myth that has carried its legacy forward to date. It seems like people have embedded in their minds that these subjects are specially designed for boys. For them, girls opting for STEM subjects are two pseudo synonyms. However, there is no evidence to prove this misconception. It is not that girls haven’t been opting for these subjects traditionally. They were, but comparatively less in number than the opposite gender.

To elaborate on the myth that girls have different minds than boys, no study withholds it. There is no such thing as a “female-mind” and a “male-mind”. It is just a notion to prove some legacy. Both girls and boys have the same mind actually, but the demarcation starts from social upbringing and social conditioning.

One reason that people have this notion that girls don’t prefer to opt for STEM subjects themselves is the ignorance of society. It’s sad that women’s achievements are still underrated and often ignored.

The landmark moment in history was made when Donna Strickland became the first woman in over five decades to win the Nobel Prize for Physics. How many of us know about it? Let it slip aside. Do we know that A. Lalitha is the first woman electrical engineer from India? Probably, no. However, we do remember that the light bulb was invented by Thomas Edison and the invention of the telephone is accredited to Alexander Graham Bell. Why so? Maybe because our historical accounts were mostly written by men who were brave enough to delve deep into the study of self-love.

Reasons Why Girls Aren’t Able To Opt For Stem Subjects

The personal factors that obstruct girls in opting for STEM subjects in large numbers are based on the same age-old notion. The perception that boys are better performing in STEM subjects gets inbuilt in their minds right from their childhood. Till the time, they get to decide about their career prospects; they are so under-confident to take such a decision. Apart from that, there is also a belief that the chances of employability are larger when one opts for subjects like humanities than STEM subjects.

One social factor that I can easily think of is that girls are more expected to be involved in other chores than boys. Prominently in rural areas where girls are aspiring to reach prominent positions in the fields of Science and Technology, they are hindered by household chores or some other works. At the same time, boys are awarded more freedom and independence.

Most of the schools do not have the proper infrastructure like laboratories and research centers. In the case of government schools, most of them do not even offer STEM subjects. It is also perceived that STEM subjects are more complicated and time-consuming. They may need extra tuition as well. Thus, the institutional reasons combined with the social factors provide a ripe base for girls to believe that they are better suited for other subjects.

To fill the gender gap, no field should be left aside, be it educational or any other. There is a dire need to bring a consensus amongst people that girls can excel in STEM subjects in the same way as boys do. This could be done with the help of awareness programs and campaigns by the government, Non-profit organizations, and private schools and institutions. Along with this, schools can help in organizing counseling sessions, seminars, and workshops, especially for girls. A step in this direction could help girls to have clarity about all the career prospects that are available to them. Also, women and girls should take charge of their lives and should be able to realize their potential, interests, and skills.