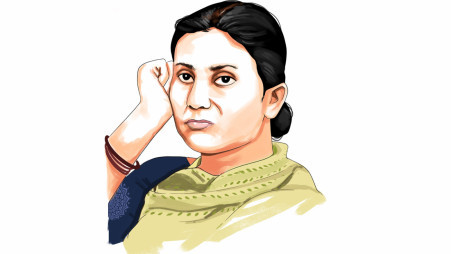 India’s history is ingrained with stories of oppression, social evils, and atrocities against women. One can find innumerable such incidents in historical accounts. However, even though a few stories seem breathtakingly refreshing as they are about women who became the trailblazers of the years gone by. Let’s know about one such woman who went on to become the first female graduate of India as well as the whole British empire. Her name was Kadambini Ganguly.

Kadambini, born on 18 July 1861 was the daughter of Brahmo reformer Braja Kishore Basu. She was born in the Bhagalpur district of Bihar in British India. Her father was the headmaster of Bhagalpur School. Her journey towards education took off because of the open-mindedness of her father.

Ganguly studied medicine at the Calcutta Medical College. In 1886, she was awarded a Graduate of Bengal Medical College degree. She, along with one another woman named Anandi Gopal Joshi became the Indian women doctors who qualified to practice western medicine. However, there was also another Indian woman, Abala Bose who passed the entrance in 1881. But since she was denied admission to the medical college, she went to Madras to study medicine. Furthermore, Abala Bose could never graduate.

Kadambini is often recognized as the first woman in entire South Asia to become a practitioner of western medicine with foreign qualifications. She is also remembered as the first female doctor of the nation. Interestingly, she was awarded a scholarship of Rs. 20 per month for studying medicine. She worked for only a very short period at the Lady Dufferin Women’s Hospital after her graduation. Ganguly then decided to travel to London in 1892 for further education.

An emancipator of women

Continuing the legacy of their family’s tradition to stand up for the cause of women, Kadambini also took the lead. Her father and Abhay Charan Mallick started the movement for women’s emancipation at Bhagalpur. Together, they established the women’s organization named Bhagalpur Mahila Samiti in 1863, which was the first of its kind in India.

In 1883, she married Dwarkanath Ganguly who was also a women emancipator. Both of them were actively involved in the social movements to improve the work conditions of female coal miners in eastern India. In 1889, she was one of the six female delegates to the fifth session of the Indian National Congress.

Salute to Kadambini Ganguly who became the trailblazer of progressive change and shattered the glass ceiling!