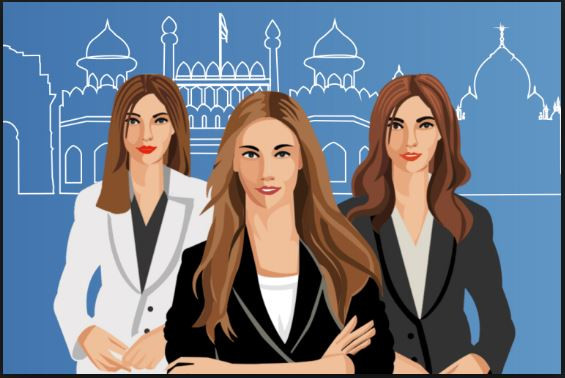 India’s start-up ecosystem has started to flourish. However, according to the National Sample Survey, only 14% of the businesses in India are run by women entrepreneurs. In the global scenario as well, on account of gender disparity, women generally don’t feature amongst the top faces of the companies. Yet, women are working multifold, making their mark, exuding leadership qualities, and prospering their businesses.

Femsay has compiled a list of the top 5 women entrepreneurs in India who, under their leadership, are gaining widespread recognition and taking their business ventures to great heights. Take a look!

Known As The “Queen Of Soap Operas”, Ekta Kapoor owns Balaji Telefilms. She started her journey in 1995 and now has established a mass appeal amongst the Indian Television audience.

Ekta has received the Indo-American Society Award, National Media Award For Asian Academy Of Film And Television, and Most Powerful Women In India Awards.

Started by Sairee Chahal, Sheroes is a mobile social network for women. The application has over 15 million women as members. It provides an opportunity for women to find connections, business, counseling, and community.

Shradha Sharma is the founder of YourStory. It’s a platform that shares the unheard and less talked about stories of entrepreneurs and their journey, roadblocks, success, and failure.

Shradha was featured in the list of 500 LinkedIn Influencers across the world and also won the ‘L’Oreal Paris Femina Award. She has been awarded the NASSCOM Ecosystem Evangelist Award and she is one of LinkedIn’s Most Viewed CEOs Under Internet Category.

As an effort to inspire the youth of the country, Supriya Paul started Josh Talks in 2015.

A wanna-be Chartered Accountant, Supriya wanted to inject hope and inspiration in people to follow their dreams. For her venture, she has been recognized in the lists like Forbes 30 Under 30 Asia – Media, Super Startup Asia – 2018, Top 100 Startups 2018 – Sutra HR.

Radhika Agarwal, who started her journey in 2011, is currently one of the most successful women entrepreneurs in India. She is the Co-founder of ShopClues and is India’s first woman to enter the Unicorn Club.

She has studied MBA From Washington University In St. Louis.

We congratulate this amazing team of women who are shining brightly at the highest of the corporate ladders.