Pritilata Waddedar, Read The Story Of This Fire-Brand Woman Freedom Fighter From Bengal 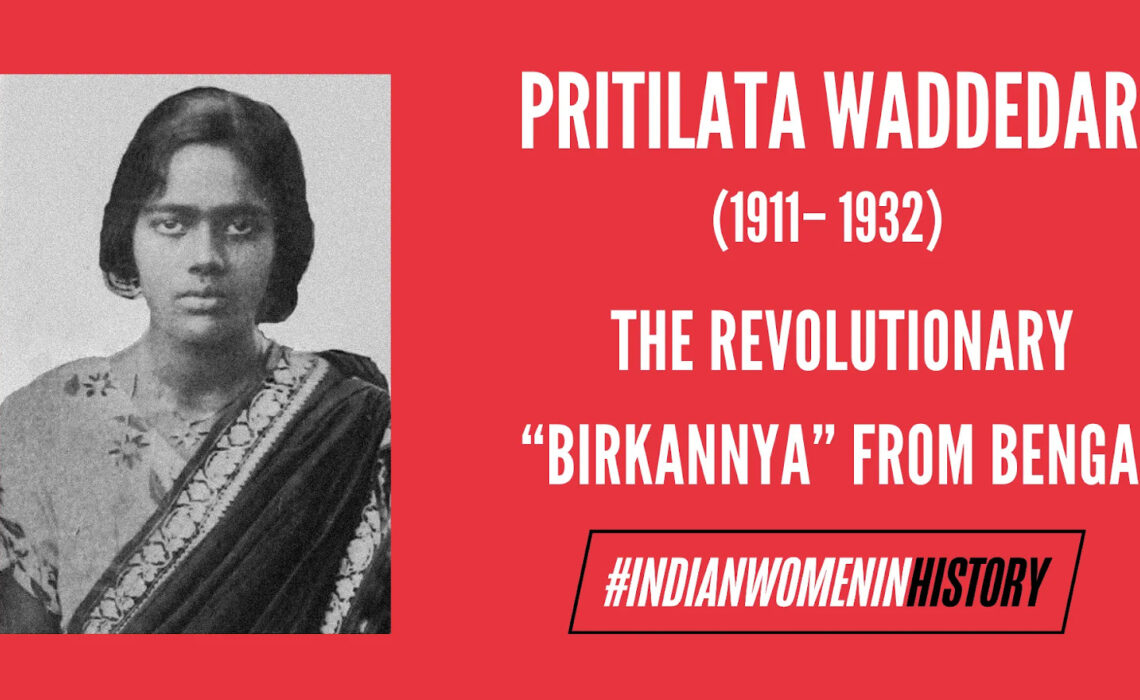 It’s not the case that women haven’t scripted the histories but for reasons well known, they remain less on paper. One such woman is Pritilata Waddedar. Pritilata Waddedar is one of the unsung freedom fighters of the nation.

When Pritilata was a student of class 8, she got the chance to know Masterda Surya Sen. Masterda Surya Sen was a revolutionary activist who was prisoned by the British on the charge of looting the Railway money. Witnessing this episode, Pritilata’s heart got filled with anguish. As a result, she started going through the books on revolutionary philosophy and biographies of the great revolutionary leaders. However, Pritilata wasn’t confined to academic reading. She associated herself with a secret revolutionary women’s organization – Dipali Sangha. She took this move when she was in Dhaka for her studies.

From that platform, she had direct contact with several revolutionary leaders who emboldened a firm spirit in her. When she was a student at Bethune College, she directly took part in the anti-British movement. As part of her revolution, she secretly started arranging for arms and ammunition and sent those to Chittagong. Pritilata was dedicated to boosting up the arms struggle there.

After the completion of her graduation, she permanently came to her birthplace and had a firm desire to meet her revolutionary idol – Masterda Surya Sen.

In a secret meeting held in the residence of Sabitri Devi, Pritilata got her golden chance. However, it was not less than any mishap as the information of the meeting was leaked to British Military Police who soon raided the house. It was the day when Masterda and Pritilata escaped death.

The British Police started suspecting Pritilata after these incidents. As per the directions of her master, she went underground. After this, Masterda attacked the European Club but it remained unsuccessful and soon, he gave the offer to Pritilata, the baton of leadership. On the eventful night of 24th September 1932, Pritilata with her Comrades stormed the club. In that process, she succumbed to a bullet injury while fleeing away.

After the successful attack on the European club, Pritilata embraced death by swallowing the Potassium Cyanide capsule that she always kept with her. At the time of her death, she was a mere youth of 21.

Her family and inspiration

Pritilata hailed from a middle-class background and her father was a clerk. She was born in a village where people survived a legendary armory raid in 1930. Pritilata was one of her six siblings. Her motivation to take part in the fight to end British supremacy was grounded in the contemporary movements of resistance. Furthermore, she was greatly inspired by Rani Laxmi Bai of Jhansi. She loved the Queen of Jhansi as she decided to choose the revolutionary road for herself.