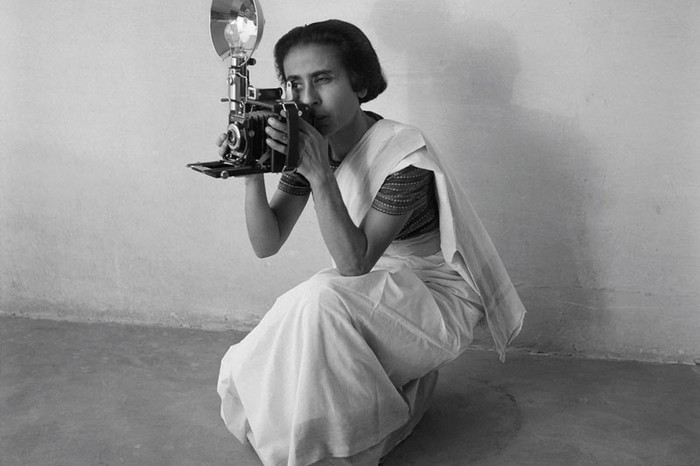 Photographs have the power to capture significant moments, evoke feelings, make one ponder over the past, and get drowned in the world of nostalgia. Behind the camera, it’s a photographer who sees the world from his/her camera lens, a person who knows the art of conveying human emotions and flashing a reality in front of us. Without any delay, let’s introduce you to the first woman pathfinder and trailblazer of India’s photojournalism: Homai Vyarawalla.

Vyarawalla was born on 9 December 1913 in the state of Gujarat. She was an educated young woman who had attended the JJ School of Art. With Manekshaw Vyarawalla, a friend of hers whom she would eventually marry, she started her journey as a photographer. Later, her photographs were published in The Illustrated Weekly Magazine of India and newspapers like Bombay Chronicle.

She then moved to Delhi and worked for the British High Commission as a photojournalist. It was then when she started capturing photographs that depicted the nation’s transition to an independent one. It was the time when several historic developments were taking place and India was shaping itself to emerge as to how we know it today. Homai Vyarawalla seized those treasures for us.

Lord Mountbatten travels from the Rashtrapati Bhawan to the parliament on 15 August 1947. It was after he was sworn in as the Governor-General in Delhi.

Queen Elizabeth II at a Fashion Show in Delhi, in 1961.

Nehru with the wife of the British Deputy High Commissioner. Homai called Nehru her “favorite subject” and one who was photogenic.

Challenges as a woman:

In an interview with The Hindu, when asked about the challenges of being a woman in the male-dominated profession, she said, “Somehow it never occurred to me that I was doing something unusual or that I was the only woman in a male-dominated profession at that time. I think I was casual in my dressing and unobtrusive in my demeanour, so this may have made people around me feel at ease. I was always given due credit for my work and was respected just as any other competent person in the field. At school, I was the only girl in my matriculation class. So I was used to being in the company of boys.”

“It was after 50 years of having taken these pictures that I started to see the value of my work. I was just earning a living at that time with no thought of preserving it for posterity. In a country where a great man like Gandhiji has been forgotten, why would I be remembered?”, she wrote in March 2005.

For her excellent work, in 2011, Homai Vyarawalla was awarded the Padma Vibhushan, India’s second-highest civilian honor, and India’s First National Photo Award for Lifetime Achievement by the I&B Ministry. She breathed her last in 2012, leaving us with the visual chronicles that will inform and enthrall generations of people about India’s independence history and beyond.