Can We Stop Putting Work Pressure On Women That Forces Them To Multitask All The Time? 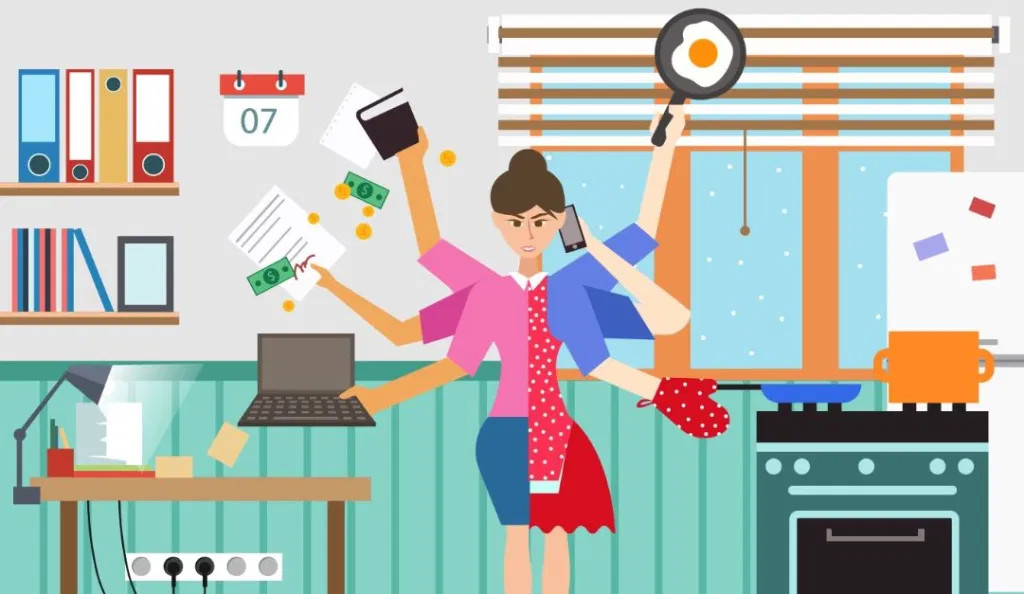 If you are a woman yourself, you must have experienced what multitasking feels like. And if you are not a woman, have you seen women around you multitasking all the time? Let me help build a scenario in front of you to make it understand better. Imagine if a woman is cooking in the kitchen, taking care of her young child and making sure he doesn’t hurt himself/herself, attending an important phone call, and answering the doorbell, all at the same time, then it would be called multitasking. Simply put, multitasking refers to the act of performing more than one independent task at the same time.

You must have heard it, “Women are good multitaskers”. Well, hang in there till I explain what is forced multitasking, one that’s often sugar-coated as encouragement, appreciation, and blurred as an art that is exclusive to women.

Let’s first look at a recent study published at PLOS One. The study finds that men and women perform equally when it comes to multitasking. Then why is it so that women are continuously thrown in the rotting hole where they are expected to do household chores, take care of children, look after elders in the house, and whatnot? No doubt, women have mastered the art of multitasking but isn’t this forced multitasking detrimental to their health? As a result of forced multitasking, women suffer from high levels of stress and mental health issues.

Interestingly, the pattern of multitasking amongst women remains the same everywhere. It doesn’t change if the women are doing paid labor or not. They are forced to complete certain tasks that are traditionally considered their domain, with cooking and cleaning responsibilities topping their daily to-do lists. This is called forced multitasking.

As a result, while women multitask, they often miss out on their leisure time. Compared to men who might easily get time to explore themselves, follow their passion, spend time in their hobbies, and be adventurous, women generally don’t get the time to take such calls. Shockingly, even after multitasking in most hours of the day, women generally stretch their time limits. Simply put, they either tend to sleep late in the night, or get up early, or work throughout the day or all of it. This leads to them being overworked and tired, sleep-deprived, battling mental health issues, and of course, overlooking their personal needs, for example, allowing themselves to have some ‘me-time’.

Above the fact that women are serial multitaskers, the literature available on multitasking and the disproportionate amount of work that women do, almost all through their lifetimes is disappointing. No sufficient documentation of women’s overburdening but unpaid work has been done. What we must need are satisfactory empirical evidence and testimonies of women who are subjected to the oppression of doing this unfair, unpaid, and forced labor. It’s high time when we must stop putting unnecessary pressure on women and take equal responsibilities and ownership of household chores.