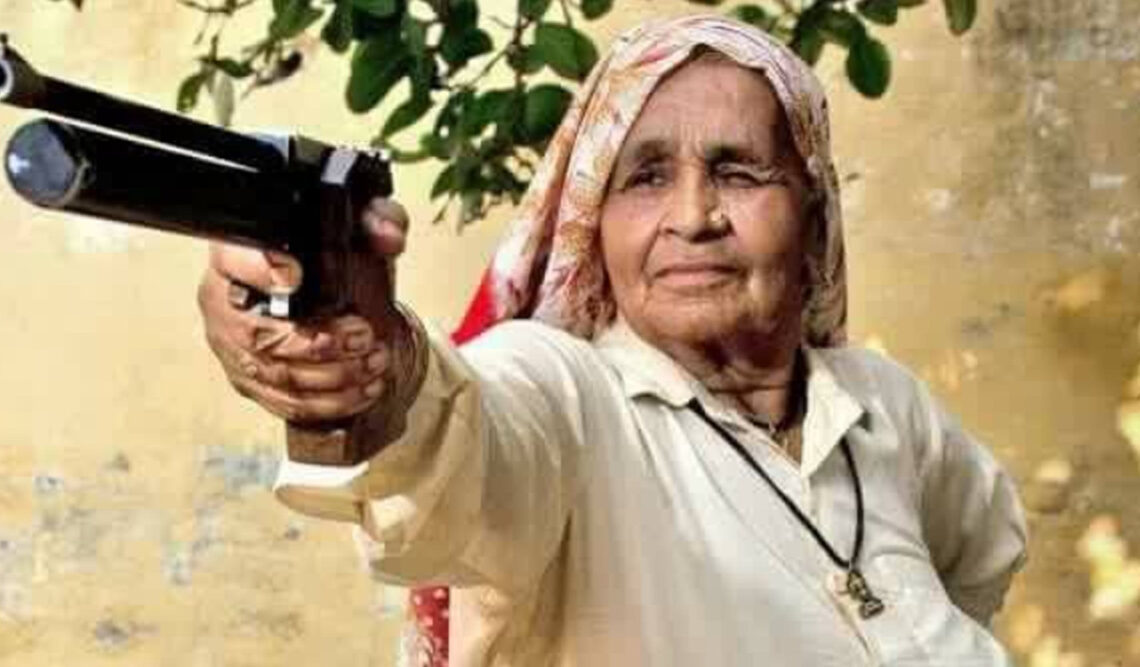 Saand Ki Aankh fame Chandro Tomar, infamously called ‘Shooter Dadi’ succumbed to death due to the highly contagious Covid-19 virus. She was being treated at a hospital in Meerut and breathed her last on Friday, 30th April 2021. An octogenarian, Chandro Dadi became the oldest woman sharp shooter in the world. She took up the sport in her 60s.

Sports Minister Kiren Rijiju wrote on his Twitter page, “I’m deeply saddened by the tragic demise of our most lovable Dadi Chandro Tomar ji. She was an inspiration for millions and will continue to inspire forever. May her soul rest in peace. Om Shanti”

“Devastated by the news of Chandro Dadi’s demise. Feels like a part of me is gone. She made her own rules & paved the path for many girls to find their dream. Her legacy will live on in them. Condolences to the family. Am lucky I got to know and be her,” Bollywood actress Bhumi Pednekar who played her part in the movie Saand Ki Aankh tweeted.

“I am deeply saddened and again shocked after listening that we lost our another gem. Dadi Chandro Tomar was an Inspiration for many youngsters. You will be missed Dadi. RIP Dadi,” Sushil Kumar, double Olympic-medallist tweeted.

How It All Started?

It was when her granddaughter expressed the desire to pursue the sport. At the shooting club, Tomar picked up the gun and took a shot, and hit the bull’s eye, gracefully enough to impress the club coach.

She then went on to take part in several competitions tagged along with her sister-in-law Prakashi Tomar, also one of the oldest women sharpshooters in the world.

Escaping away from the patriarchal atmosphere, to ace the sport, they would quietly sneak out of the house to practice at a nearby range. While the men of the house objected, their sons, daughters, granddaughters, and daughters-in-law had their backs.

Once they both got hooked on the sport, there was no looking back and Shooter Dadi went on to win medals at numerous national competitions for veterans.

Shooter Dadi was married at the age of 15. However, she took to shooting after she was well over 65. Hailing from a village named Johri, in the Baghpat district of Uttar Pradesh, it must have been quite a struggle for her to make her mark. But, she did it. She is considered as one of the feminist icons to pursue her dreams and polish her talent while being a woman octagenarian.

Shooter Dadi has paved the way and has revived the dreams of hundreds and thousands of women and we all will miss her for her contributions and meritorious achievements.