It’s 2021. Indian Judiciary Is Still Male-Dominated, Gender Diversity Is A Must 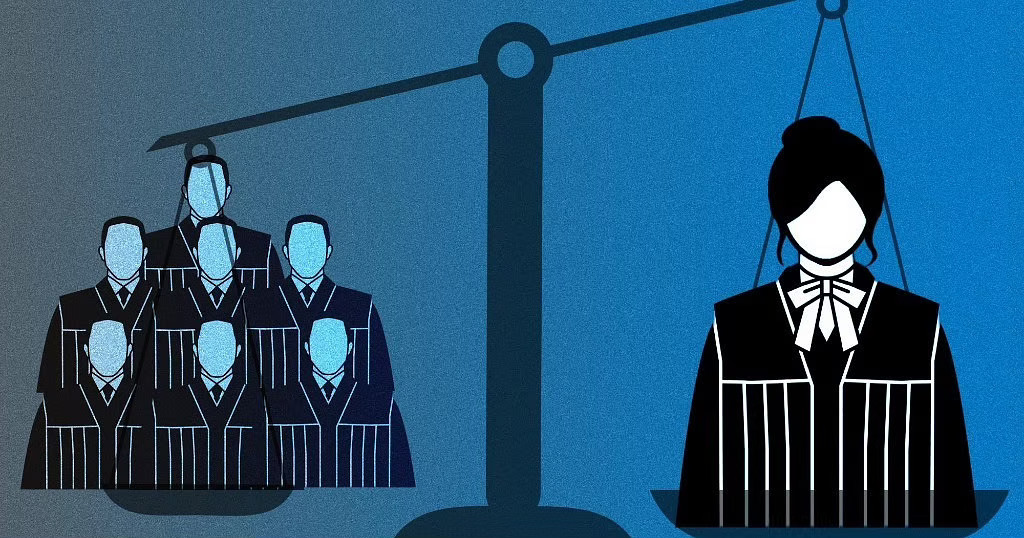 In a recent judgment of the Nagpur bench of the Bombay High Court, the judge, making a disgusting statement, said, “The act of pressing the breast of a child aged 12 years, in the absence of any specific detail as to whether the top was removed or whether he inserted his hand inside her top and pressed her breast, would not fall under the definition of sexual assault”. Yes, that’s Indian Judiciary in a nutshell. Simply put, patriarchy has its treacherous roots extended to the judicial system as well.

Counting on the verdicts that our courts pass, especially on gender-related issues and due to the abysmal representation of women at all levels of the judiciary, the end result remains non-progressive and in fact, derogatory to the status of women.

India’s Apex Court was established in 1935 and has functioned as India’s federal court until it assumed its present form in January 1950. Since then, the Supreme Court has had 46 Chief Justices, but to our disappointment, no woman has served as the Chief Justice. Shocking?

Apart from this fact, at present, out of all the judges, only 2 female judges are serving at the Supreme Court, Indu Malhotra and Indira Banerjee.

Kiruba Munusamy, a Dalit lawyer practicing in the Supreme Court of India wrote, “When I was practicing in the Madras High Court, a judge commented about my short haircut, which I couldn’t tie. He said, “Your hairstyle is more attractive than your argument. Women having short hair and men having long hair, wearing studs have become a fashion these days but I don’t like it.”

To this, Ms. Munusamy replied that she had been keeping short hair since her school days. Also, she has a migraine and can’t keep her hair tied for long. “I pointed out to him that there is no bar council rule or code that prescribes the hairstyle of women. His response was, “Of course, there are no rules. But I am just telling my opinion.” Regardless of the judge’s comment, I was told by other male lawyers present in the court to apologize to the judge. Despite being the petitioner’s counsel in a trans woman’s police appointment case, I was mistreated, insulted, and told to shut up by the judge.”

Don’t fall under the impression that this is one of the rarest cases, in fact, take it as obvious. In another incident, Senior advocate Indira Jaising called out Attorney General K.K. Venugopal who said that Counsel Anand Grover was representing his wife (Indira Jaising). To this, Indira Jaising retorted, “I am a person in my own right”.

These are the ordeals faced by a few of the top-most advocates and lawyers. The great part, they are in the public domain. Imagine what happens at the lower levels of the judiciary!

The condition of the Indian judiciary is appalling. Needless to say, women representation and gender diversity is the need of the hour. The presence of women in the judicial system would ensure that gender-related issues are treated seriously and sensitively. It would also bring diverse perspectives and a more contextual understanding of the issues to our judicial system.

It is disgusting to realize the fact that in the nation, where women constitute close to half of the population, never had a woman Chief Justice. We are the world’s largest democracy, it would be a joke if the topmost stakeholders of justice themselves cannot celebrate diversity.