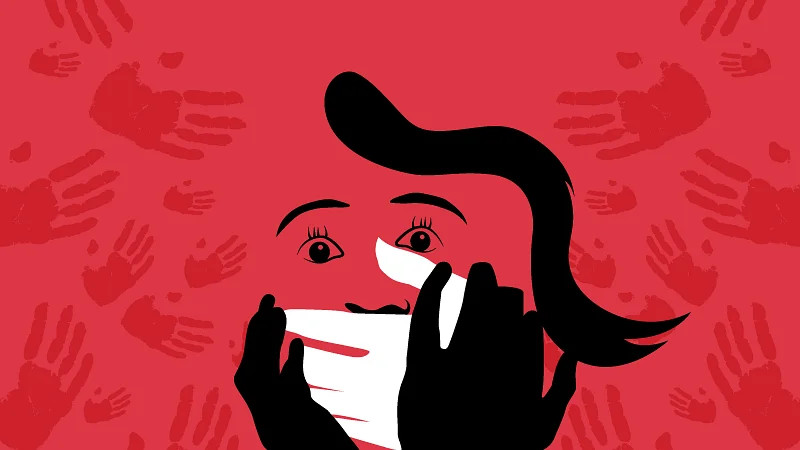 Domestic Violence. Yes, we all must have heard about this plaguing issue that results in the grave violation of human rights, adding miseries to the lives of women from across the world. However, one stark reality is that most women are conditioned to believe that domestic violence is a part and parcel of their lives and there is nothing very wrong or complaint-worthy about it. Besides, they believe that it’s largely their personal and family matter. But, no.

Caged In is a 14-minute short film, written and directed by Aaron Kamp. It is inspired by a true story of domestic violence. The film has won 6 awards at the 2016 168 Film Festival in Los Angeles, including Best Film, and has been screened at numerous festivals around the world.

Watch the film here. It’s mesmerizing, beautiful and symbolic end will leave an ever-lasting impact on you.

While lockdown allowed us to spend time with our families and work from home saved us from the pain of traveling long distances, the same turned out to be treacherous in the lives of women. They were faced with the increased task of managing household chores and working from home, looking after their children, taking care of their online studies and worse, most of them were caught under the same roof with their abusers.

Listen To Her is a short-film by actor-filmmaker Nandita Das that demonstrates the life of two women, one who is battling with the household responsibilities and working from home, while the other is the story of a woman who is being subjected to physical violence by her husband.

Samskara, meaning Impressions is a short film that depicts the life of Abhimanyu, both as a child and later, as a husband in a split-screen. Abhimanyu, who has grown up in a toxic environment where his mother was beaten up by his father, was treating his wife similarly. Do human beings become a slave of what they have gathered and seen during their childhood years? Do they ever change?

The 4-minute short film, Break the Routine is a powerful demonstration of the merciless and inhuman acts of domestic violence. But, in the end, it also suggests that there is a way out and the cycle of abuse must be stopped, breaking the routine of abuse, abstinence and silence.

The short film is created by J. Walter Thompson London and Biscuit Filmworks Los Angeles for Victim Support and the National Centre for Domestic Violence (NCDV).

According to the United States, 1 in 3 women and girls experience physical or sexual violence in their lifetime, most frequently by an intimate partner. The short film doesn’t directly deal with the issue of domestic violence but it portrays the kinds of violence that women suffer during their lifetime, repeatedly.

Using the hashtag, #SehKeDekho, it aims to raise awareness amongst men about the physical, sexual and emotional violence against women.