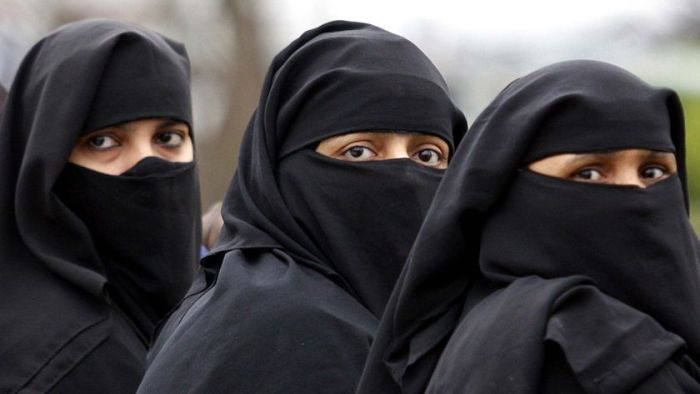 Despite constituting the minority population of the country, Muslim women are no behind any other gender or community in their contributions to Indian society. Time and again, they have proved their worth and made us learn the value of ‘Unity In Diversity’. Be it an activist, writer, reformer, social worker, or anything, they have left no stone unturned to venture into varying fields.

Let’s have a look at some Muslim women who are the trailblazers of progressive change in India.

Mirza has raised her voice in support of the girls who aspire to be future athletes and sports women. She once said, “Sports is not a go-to option for every girl. When a girl does that, other parents are like – Oh wow, it is so commendable that you guys did this and you know you stood with her. But I think it should be natural for girls to pursue sports as a career option”.

Rehana Fathima has raised her voice for women’s rights. Along with journalist Kavita Jakkal, she became the only woman who could reach so close to Sabarimala Temple.

Fathima is well aware of the Islam religion. However, over a decade ago, she has started living with a Hindu man and is now aware of the Hindu religion as well. Though, Rehana doesn’t follow any religion excessively. When the Supreme Court removed the ban against women devotees of Ayyappa, she put up a picture on Facebook supporting the verdict. However, the post went viral and many people started abusing her. She got open death threats and even rape threats. On the face of it, Rehana made her way clear and stood up as a pillar of Gender Equality.

Daisy Khan is the Founder and Executive Director of the Women’s Islamic Initiative in Spirituality and Equality (WISE). WISE is a women-led organization that is committed to peace-building, equality, and justice for Muslims around the globe. In her memoir ‘Born With Wings: The Spiritual Journey of a Modern Muslim Woman’, Shah has advocated the need for Gender Equality. According to her, “a crime committed in the name of religion is the crime against religion’. Thus, it is the moral obligation of people to speak out against injustices.

Saba Naqvi is a senior political journalist who has been tracking the political developments in India for decades now. She recently came out with her New book ‘Shades of Saffron- From Vajpayee to Modi’.

The journalist-author has also stood for the reservation of women in Parliament. She said about BJP, “The party has done nothing to address the question of reservation for women in parliament and real decision making is in the hands of men. It’s a moot question to ask again about how much real power these women really yield. Still, politics is a man’s world and I admire all the women who have come up the hard way as they are operating in an ecosystem determined by men.”

Marya is a Senior political journalist with over 12 years’ experience in anchoring and reporting. She has been reporting and writing regularly through the election season. Marya’s CNN News profile says her show on the Muslims, yearning to be part of the mainstream earned her the prestigious Ramnath Goenka Award in Politics and Government category in 2012. She has been up for the representation of people from her community.

Shehla Rashid Shora is an Indian politician, activist, and Former JNU student leader. She is one of the few Kashmiri women who are vocal about the human rights situation in Kashmir. In 2013, when Pragaash, an all-female band composed of young Muslim women, faced online harassment and death threats from Islamic conservatives in Kashmir, she came out vocally in support of the band and condemned the online abuse and threats directed at them.

Rana Ayyub is an Indian journalist who has come up with her renowned work in the book named “Gujarat Files”. She went undercover for a long period of time to unearth major scandals in Gujarat. Initially, she was associated with the Tehelka magazine. As a woman journalist, she faces a lot of sexism and barbs from extremist bigots, yet she has been very vocal about the sexism that reigns the media industry and called out the religious extremists.