Scotland Is The First Country In The World To Make Sanitary Products Free; Can India Follow Suit? 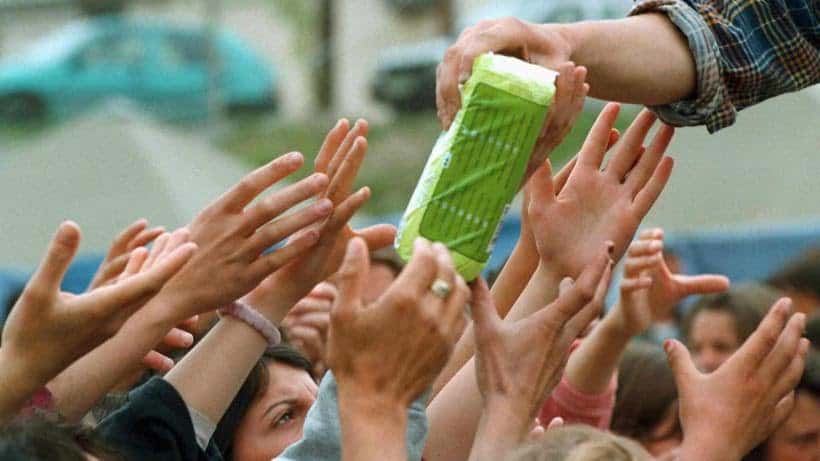 As the Covid-19 pandemic rambles on, Menstrual Hygiene has become one of the least of the concerns. Battling to purchase even a meal per day, several women are going around methods of using ash and hay wrapped in rags when their menstrual cycle commences. Similarly, the condition of girls is miserable as they don’t have any access to sanitary napkins as a result of their schools being closed. Worse, it leaves women and girls vulnerable at the threat of acquiring cervical cancer, Hepatitis B, and several illnesses of the reproductive and urinary tracts.

While there are many small-scale industries that produce affordable sanitary pads, a Nielsen survey, conducted in October 2010, revealed that 70 percent of Indian women do not have access to sanitary napkins. Well, isn’t the country called the World’s largest democracy miserable and unjust? Oh, yeah, sure.

Free Provision Of The Sanitary Products In Scotland Act

Not long ago, members of the Scottish Parliament unanimously enacted “Free Provision of the  Period Products” in Scotland Act which makes it lawfully compulsory for all public organizations to deliver sanitary products, including tampons and pads to everyone who requires it. As per Monica Lennon, a Labour member who has been a pioneer in the grassroots movement for over four years and brought up the Bill in April 2019, the objective is to eradicate “sanitary products’ poverty”.

The Scotsman quoted before the poll that “the legislation is increasingly necessary because of the negative impact the pandemic has had on access” and said, “the next steps will be to end the stigma surrounding periods and to make sure women’s health stays on the political agenda”.

Lennon later told the Parliament in a video conference that it reflected “a proud day for Scotland and a signal to the world that free universal access to period products can be achieved.”

Nicola Sturgeon, First Minister of Scotland, applauded the scheme and told she was impressive to vote for the notable legislation, which is a ” significant program for women and girls.”

Can The Same Be Replicated In India?

The BBC revealed that as rare as 15 percent of girls had access to sanitary napkins during the nation-wide lockdown in India.

The Hon’ble Prime Minister also spoke of how more than five crore sanitary pads have already been given to women in a quick period of time through Jan Aushadhi Kendras.”

Reciting the action/initiative by the Scottish government, it’s an incredible effort by the Scottish government towards battling period scarcity. While the Indian government is working towards eliminating period deprivation in the rural areas, the initiative should dissipate over to the urban level too. It can commence initially from schools and colleges irrespective of whether they are private or aided institutions and gradually making essential period products freely available for anyone who needs them.

However, if a law like this is to be legislated in India, it should mainly include reusable commodities like menstrual cups and cloth pads. Moreover, it is not apparent if the sanitary products will be accessible for free to everyone or only those who can not pay for them. A better suggestion would be to make and distribute reusable sanitary products at a highly subsidized or nominal price for those who can’t access them.