Digital India: A Digitized India Where Women’s Access To Technology Is Limited 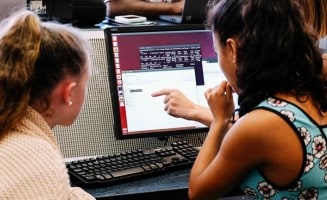 We are living in this modern digital era and the first and last thing before and after sleep we see/use are electronic gadgets. In this Covid-19 pandemic, work from home options is the major working method. Talking to the point, urban women have attained a distinct phase of self-reliance wherein their dependency on others has lessened over the years.

However, the dependence of the Indian rural women has steered to distinct problems such as their being deceived and extorted. While examining facts from the survey administered by NSSO, it was found that the literacy ratio of rural women is considerably poorer than that of urban women.

The impact of globalization

Due to the impact of globalization in 1990, there is a gradual improvement in the usage of technology amongst urban women over the years. However, despite the pacts of the digital uprising, rural women still do not accomplish the exact access to data and technology, like urban women in India.

Entrusting rural women to enable them to get way to environmental, civil, and medical urgencies, as well as education, would facilitate their use of the “Digital India” system, which is known to benefit women in their financial and social development.

This would help women to assemble their proficiency to get involved in decision building in a decent means to effectively manage social, political, and economic obstacles. This way, women can effortlessly move towards a career with dignity and enthusiasm having flexible job choices and work from home ideas.

Furnishing an outlet for rural women to make use of technology and enabling them to use mobile phones will support them and would help break down the boundaries they have confronted over the years.

According to the survey conducted by the RAI, the Retail Association of India, however, only 29% of the Indian internet users are women. In the modern world, 43% of men have cell phones and only 28% of women hold mobile ownership. This disparity was evaluated at 114 million. It is a sad fact that women never learned how to read or write the digits or recognize any of the keys on their mobile phones and they never knew how to read messages and were hanging on their husbands and relatives to use the gadget. Their cell phone use was primarily restricted to attending calls only.

The digitization policies are being executed in rural India for the advantage of women, yet the programs are futile because of the scarcity of equipment provided to the women. Nonetheless, the strategies of ICT are concentrated on sending greater windfalls to women.

The introduction of digital payment methods helps women to make productive revenues without getting deceived by anyone. Digital education assists rural women to fulfill digitally competent and also enables them to come to be financially sound and independent.

Importantly, more and more online and offline careers must be provided to women so that they thrive economically. Understanding computers and other technical gadgets will not only make women technologically literate but will also encourage them to become financially safe and strong. It aids them to become technically ingenious people.