Miscarriage: What causes it and how to cope up with it 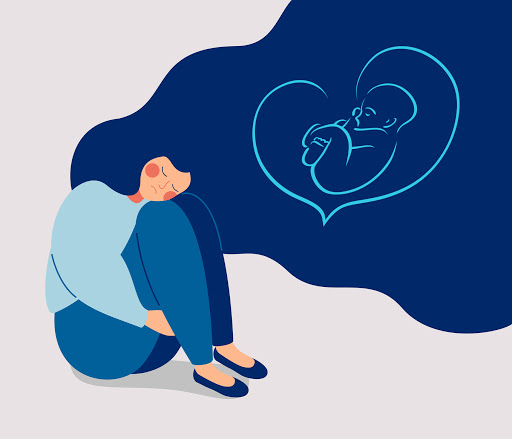 Early pregnancy loss (miscarriage) is an emotional and sometimes traumatic event. A miscarriage has physical and sometimes relationship consequences, in addition to the enormous sadness associated with the loss of your infant.

While nothing can make the pain go away, there are steps you can take now and, in the future, to help you heal and recover.
When an embryo or fetus dies before the 20th week of pregnancy, it is called a miscarriage. Miscarriage is more common early in pregnancy, with 8 out of 10 miscarriages occurring in the first three months.

This type of pregnancy loss happens to a lot of people. In reality, 10-20% of pregnancies result in a miscarriage. Despite the fact that miscarriage is common, it can be emotionally draining. Grief and mourning are natural reactions to the loss of a pregnancy.

It’s impossible to pinpoint the precise cause of a miscarriage, but it’s almost never due to the pregnant woman’s actions. Miscarriage is not caused by regular activities such as sex, exercising, working, or taking medications. Minor injuries, like falling, don’t generally cause a miscarriage either.

Miscarriages are believed to be caused by a number of causes, including:

There are several types of miscarriages:

How to cope with Miscarriage:

Your mental health and general emotional well-being play a big role in long-term healing after a miscarriage. Although your body may recover from the physical symptoms of miscarriage, it will seem that you may never be able to cope with the loss of your infant.

It’s important to allow yourself enough time to grieve, but it’s also vital to know when — and how — to move forward. This transition occurs often during the self-care phase, which provides time for the body and mind to regenerate and be nurtured.

Moving on does not imply that you have forgotten about your pregnancy. Just as you might reach out to others initially after miscarriage, staying active in support groups can have a lasting impact.

Health & Nutrition, Trending
Lockdown stressing you out and making you sad? Here are 5 ways to stay positive and manage your stress.
Empowerment, Health & Nutrition
Have you come across the term “Bipolar Disorder” but you’re not sure what it means? Read on to find out
Health & Nutrition, Motherhood
Confused about what to do during your pregnancy? Here are some Dos and Don’ts.