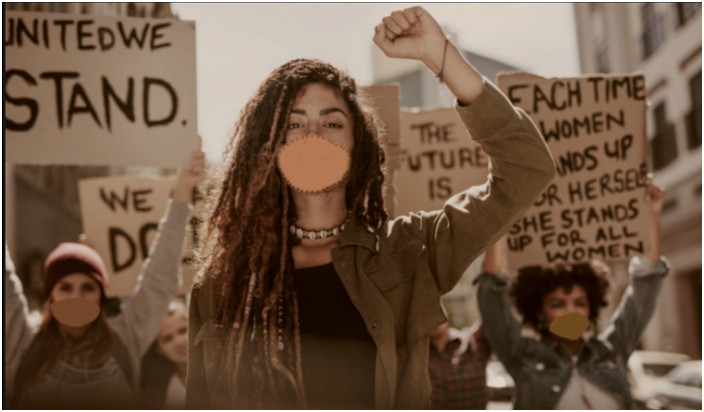 Why is it that even in the 21st century having space and freedom of their own continues to be a dream for women? Can we expect another step towards bridging the gender gap? Here is the necessity of women’s empowerment in our society. While discussing the gender gap prevailing still in our world, let’s talk about the politics of feminism too. However, hearing the word ‘feminism’ most men think that feminism is women-centric and thus, the real concept is still unfamiliar for society.

Merriam Webster explains feminism as the theory of the political, economic, and social equality of the genders. A feminist is an individual who follows and upholds proportional social, economic, cultural, and political rights for women.

Feminism is honoring distinct women’s knowledge, personalities, and dignity and strives to empower all women to understand their rights. The goal of feminism in 2021 is fighting for ending sexual harassment in the workplace and the sexual abuse of co-workers.

According to the survey of records, about 60% of the women are less feasible than men to move up from middle management to executive roles, and because 1 in 4 women are going to be sexually exploited in their lifetime. Hence, feminism in 2021 aims to support and empower the victims and intends to make this world an outlet for turning gender equality concerns into cultural changes.

In other words, the concept of feminism is a political ideology and is followed by a variety of movements developed over the years and they differ from the goals, strategies, and associations.

Mainly there are 3 main traditions for feminism. They are liberal reformist or mainstream feminism focused on political and legal reflection and have their roots in first-wave liberal feminism, radical feminism, and socialist feminism or Marxist feminism.

Black feminism asserts that sexism, class oppression, and racism are inextricably linked together.

According to Barbara Smith, “Feminism is the political theory and practice to free all women: women of color, working-class women, poor women, physically challenged women, lesbians, old women as well as white economically privileged heterosexual women. Anything less than this is not feminism but merely female self-aggrandizement.”

The main goals of feminism in 2021 are education, employment, equality within marriage, and a married woman’s rights to her property and wages, custody over her children, and control over her own body.

The main concerns of the feminist movements in order to create a comfortable space for women, to express freedom of thoughts and expressions. Together, we all want to communicate and present feminist concepts in our society. Let’s spread the light of love, not hatred.