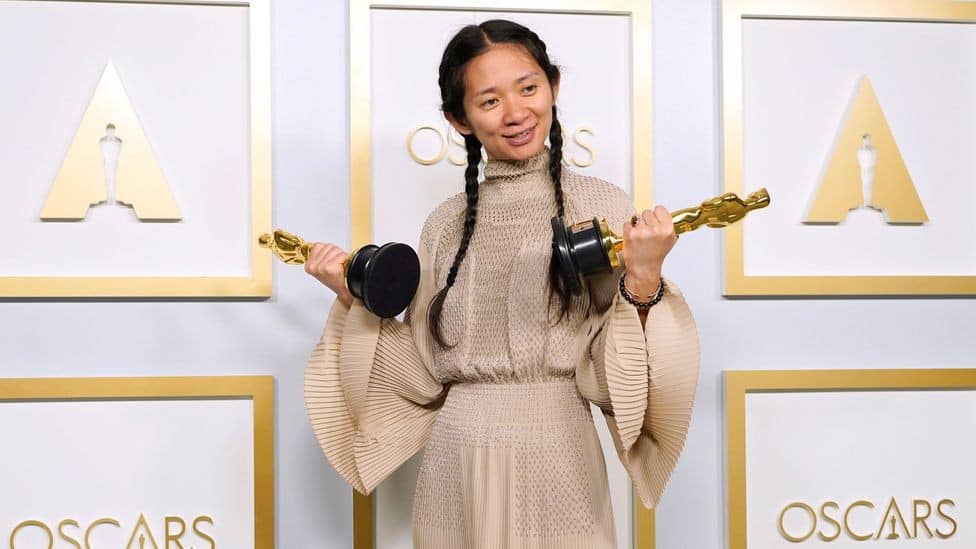 At Oscars 2021 the spotlight was on women, as they scooped up a record of 17 awards, most notably in the male-dominated categories for Best Director and Producer.

The Oscar Academy nominated a record of 70 women with a sum of 76 Oscar nominations, the outstanding total ever and the greatest walk toward gender equality.

According to the data, 76 of the 235 individual nominees across all 23 competitive categories from this year’s output of films are women, or nearly 32.3%. Percentage-wise, that’s simply ahead of the 31.1% attained in last year’s nominations. In 2020, women received 65 of the 209 individual nominations across 24 competitive classifications.

The individual nominations in multiple categories, like Chloé Zhao and Emerald Fennell, were counted for each of their nominations.

Also Read: When Do We Plan To Fill Up The On-Screen Gender Gap?

Here’s a list of women winners in Oscar Awards 2021.

She gained the Best Original Screenplay award for her work on Vowing Young Woman.

Along with Sergio Lopez-Rivera, they won Best Makeup and Hairstyling for their work on Ma Rainey’s Black Bottom.

Chloe Zhao won the Best Director award for her feature film Nomadland. Also, she became the first woman of color and the second woman ever to achieve the award.

Yuh-Jung won Best Actress in a Supporting Role for her character as Soonja in the film Minari. Moreover, she is the first Korean actress to win the award.

Along with Dernst Emile II, beat Best Original Song for Fight For You for the movie Judas and the Black Messiah.

Frances McDormand won Best Actress in a Leading Role for her character as Fern in the movie Nomadland.

Chloé Zhao Marked A History In The History Of Oscars

Zhao was also the first woman to get four Oscar nominations in a single year, in the category the Best Film Editing, Best Adapted Screenplay, Best Director, and Best Picture.

The award-winning film Nomadland gives us a peep into the lives of older Americans who live and travel in their vehicles, primarily for financial goals, grasping it as a nomadic lifestyle. Also, the film’s cast contains real-life nomads.