Censorship And Political Correctness In The Era Of The Internet 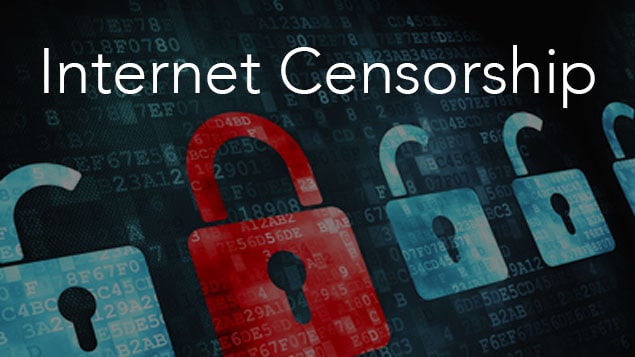 In an era of the internet, social media, and raising consciousness, one frequently discovers oneself looking where to pull out the layer between political correction and the desire to speak your mind. Yes, it may be tough to steer these confusing streams of views and thoughts while there are innumerable people, personalities, and intersectionality around. Nevertheless, it also brings up the query: How significant is it to be politically correct and why?

The major objective, for which the Internet was invented, was to deliver humankind with fast access to an infinite quantity and quality of information. Nonetheless, the world has embraced globalization that has drawn everyone near and has reinforced the theory of extensive connectivity.

The development of the Internet has confirmed that data can transit around the planet within a few seconds. Thus, it can very adequately be construed that there could be a misuse of this independence as well.

However, one huge point that can deter this freedom is “censorship”. Generally, the motives of bringing about such censorship of the Internet are for the assessment, management, and suppression of unsavory topics.

More than procreating the idea of censorship, self-censorship should be something that everyone must be subjected to. If that is pursued by every individual positively, there would be no necessity of wiping out any specific content from the Internet. Second, critical issues shouldn’t be brought up in a degrading sense, and unsought viewpoints should be abstained from being passed. Such statements would unnecessarily endorse discomfort in public consensus and accordingly, we all should act towards the development of the nation as a whole.

But Political Correctness Is Important Too, Right?

Speech can be slippery, but its potential is never to be misjudged.

It is this awareness and continual culmination that might just bring about a transformation that is expected. Besides, one must also think that political correctness is not a fight to be battled in a day, for transition occurs only through a steady and perpetual effort. This is nevertheless not an acceptance of the personal emotional strain that goes into developing this ecosystem of consciousness.

More frequently not, the groups who are impacted, are the ones who are evacuated to do the emotional labor needed to right this unfair and it is an obligation that they have not asked for, in addition to the decades of pain and pressure that they might have had to confront owing to their identity.

It is hence the commitment of the whole world, more greatly, that of the people who have had the freedom to not be subjected to these insults, to call out their companions, family, and loved ones.

It is also significant to comprehend that the realm around us is unkind to great lengths. However, the settlement is not between political correctness and unrestricted speech but rather progressive emotion v/s reinforcing age-old prejudices. It is only about preparing oneself with the right methods to survive in a world of social media, where words affect borders, time, and communities.