How Many Times Have You Seen female DJs At Parties? Know more about it as a career option & break stereotypes 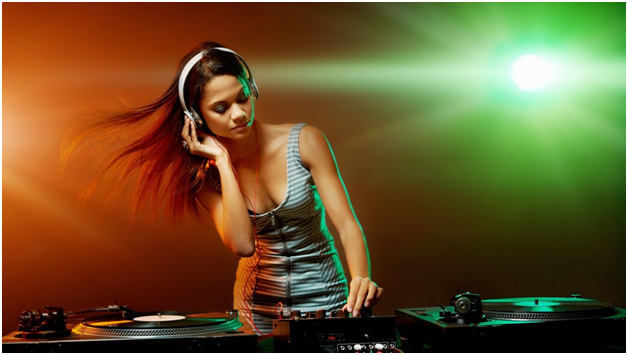 Hey conquerors, ever wondered! How cool it would have been to choose Disk Jockeying (DJ) as your career option. Well, I guess, being one of the unconventional career options, DJ would not have stroked to a good number of females in the world. Every day, as we see more and more women achieve bigger roles in multinationals/corporates, there are some career options which are still considered male-dominated.

You only tell me, have you ever noticed a middle-aged lady monthly driving a passenger bus? Or how often do you call an electrician who shows up to be a woman? Or a policewoman chasing all the criminals and saves the day? Well, at this point arises an act of courage to break the stereotypes and make the people go bonkers with your choice and success in an unconventional way. And this undoubtedly inspires others and makes them courageous to those who are dreaming of similar career options.

Coming back to choosing DJ as a career option/path, the music industry has been majorly male-dominated. Even among the DJs, we surely have been missing the fairer sex. But as there are always a few who choose to go against the flow and opt for something unconventional, well yeah right! this industry also has some exceptions.

Well, to your surprise and contrary to popular belief, some of the world’s most talented DJs are women and you didn’t know that yet, right!

Female DJs have a long history, as women have always played a reproving role in music and dance. Beyond just building careers as singers and dancers, there are countless impressive females who have produced their own music and have even played this music at clubs, festivals, and parties worldwide.

By the late 1990s, females like DJ Rap and DJ Sandra had largely penetrated the male-dominated industry. And talking of the long history of female DJs in the world, Annie Avril Nightingale who began her career as a journalist, broadcaster, columnist, TV host, and fashion boutique owner joined BBC Radio 1 in 1970 and became the first national female DJ. She has remained a broadcaster in BBC ever since holding the Guinness World Record for the longest career as a female radio presenter. Specialized in championing new and underground music, she has also led the movement and encouraged other women to become DJs and broadcasters.

So, if anyone among you has a great taste & knowledge of music and loves entertaining the crowd by playing/mixing music tracks, DJyingcould be a career option worth pursuing. Once considered as just a craze in India, it slowly staked its claim as a viable career with good money to make and what I think is getting paid for creating/mixing music and playing for an audience sounds like a lot of fun. Cool, ain’t it?

Well, you have it in you, so don’t wait for a long and go, break the stereotypes and strong prevailing notions of society because if you can then no one can stop you.